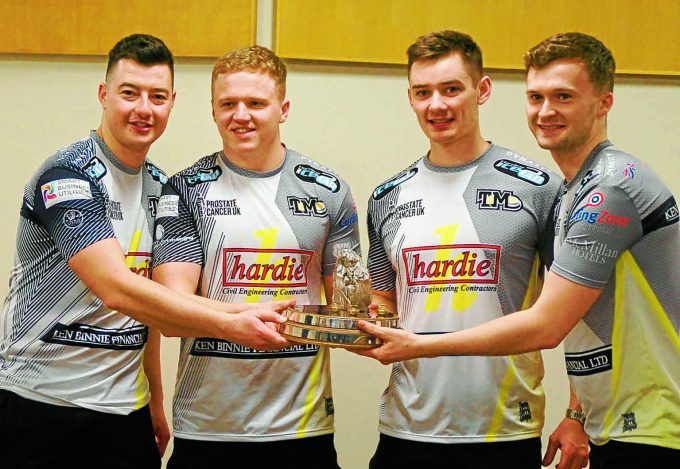 The former European Championships winners were in impressive form in Perth and were undefeated throughout their round robin matches.

Their semi-final tie with Switzerland rink Team De Cruz was a closer affair but the Scots managed to pick up the 8-5 win and progress to the final.

Mouat’s rink put in a fantastic showing in the final where they defeated Canadian side Team McEwen 7-2 after six ends.

Hardie said: “It feels great to defend our Perth Masters title. It’s been a consistent season for us making a lot of semi-finals but we hadn’t won anything so it was just a great feeling for our team to get the first win of the season, especially in such a tough event.”

The timing of Team Mouat’s victory was important too with the Scottish Championships being held next month. Hardie and Team Mouat have won the national tournament for the last two years and want to make it a treble of successes.

Hardie added: “With all our closest competitors also playing at the Perth Masters it was nice to come out on top.

“We are defending our Scottish Championships from the past two years so this win certainly gives us a lot of confidence moving forward.”

Team Mouat have jetted across the Atlantic to take part in the Ryder Cup-style Continental Cup, held in Canada.

Team Europe built a 7-2 lead over Team Canada with wins in all three draws on Thursday in the first day of competition.

Hardie said: “We’re all extremely excited to try defend the title we won last year. It’s something Team Europe has never done before.

“The tournament is one of the enjoyable events we play during the season and playing for a bigger team.

“It does brings more pressure but it also feels that bit more rewarding when you win together.”