A RUGBY star wheeled into Gretna on Thursday evening as part of a mammoth charity cycle challenge.

Gareth Thomas stopped off at the border and in Lockerbie as he cycled from Cardiff to Aberdeen for Sport Relief, transporting the BBC Sports Personality of the Year trophy for Sunday’s show.

He said: “It was amazing to cross the border, I do not think I have ever been so happy to come to Scotland in my entire life.

“It has been a long, tough day today with lots of hills, temperatures and winds were really cold, which has stretched the morale down, so to finally get here is a great milestone.”

Thomas was greeted with a traditional welcome as he arrived at Smiths Hotel to a piper playing the Scottish national anthem.

Explaining why he took on the challenge, the former Welsh rugby star said: “Why it intrigued me to do it was the whole journey and the people we meet and the organisations that get to benefit from people who kindly donate to Sport Relief.

“All organisations that have some kind of discrimination about them, some kind of form of stigma, which leads to mental health and lack of education, and that covers everything.”

He added: “I’ve lived a life that covers all them subjects and I have overcome alot of them and been brave enough to talk about them and it felt like it was the right thing for me to do.” 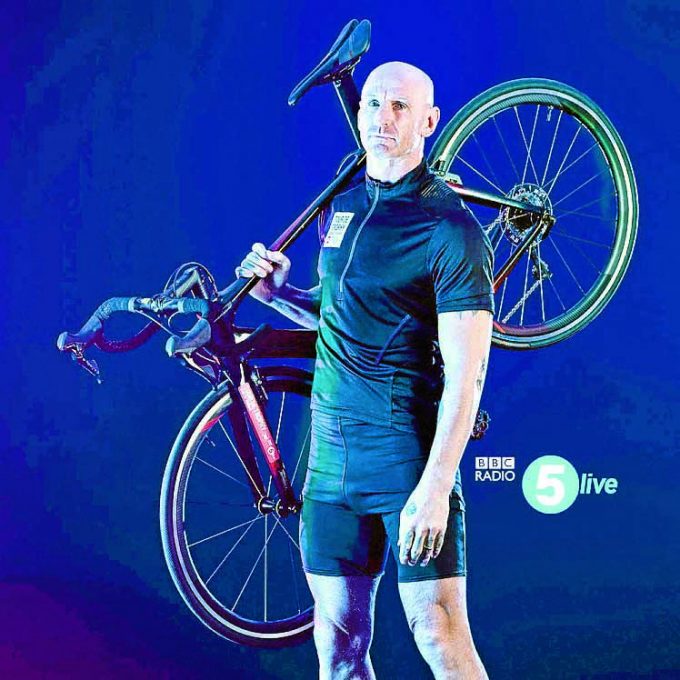