PLANS have finally been revealed displaying what the new 3G pitch complex will look like at Gretna. 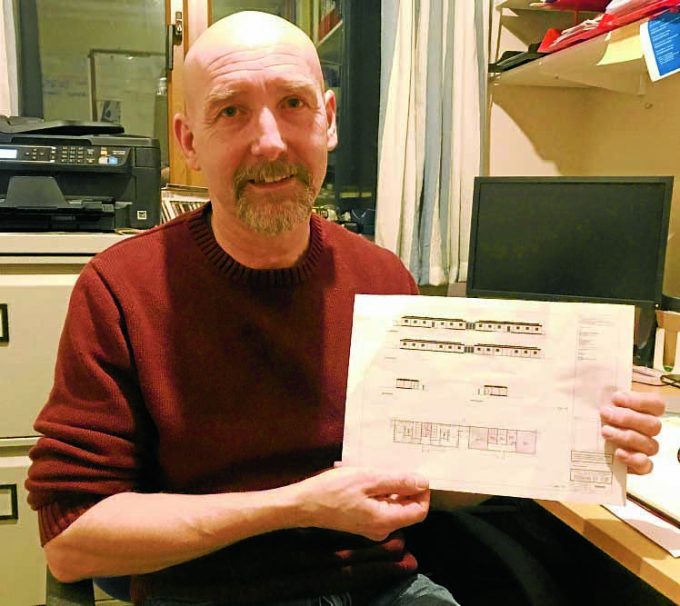 The major project has been discussed for many years but progress is now starting to gain momentum with blueprints being showcased.

And funding for the £600,000 capital development has already reached £200,000, thanks to windfarm contributions, the Holywood Trust and Dumfries and Galloway Council.

Portable buildings, which were used for Lockerbie Academy before they moved into their new premises, will make up a community gym, education rooms, as well as changing rooms for the general public and Gretna FC 2008 at Raydale Park.

Raydale Community Partnership (RCP) chairman Craig Peacock said: “I think the first thing I want to get across is all of this is organised and installed by the RCP, this is a community asset and not a football club project.

“Through Cunninghame Housing Association, they have provided us with those portable buildings and we expect to see them on site by early April and look to have them open to the public by the autumn after they undergo £50,000 of refurbishment.”

The Gretna-based community anchor organisation, which has been in operation since 2008, is determined to make the complex open to everyone both in and out of the town.

Craig said: “The facilities, when completed, are here for Gretna and the whole area to access virtually on a 24/7 basis.

“Not just restricted to football, but all sports such as hockey and even touch rugby.”

A project of this magnitude will be the first of its kind in Gretna and Craig said: “So far we have gained £200,000.

“A few ago weeks we sat down with SportScotland in what was a positive meeting and are now just waiting on a response.

“If SportScotland support us, additional funders will follow suit and invest in Gretna.

“Some of our major funders have given their full support to these facilities.”

As Gretna expands and develops, Craig and the RCP believe it is ripe for more facilities and he said: “Gretna is a growing town, we want to provide facilities for the entire community to use, not having a secondary school has certainly held us back over the years.

“We do feel like we have missed out in previous years, they cannot ignore us anymore.

“Yes it has taken plenty of time, but we are nearly there.”

Craig added: “Young people have to go on public transport or travel to use facilities just because of where they live.

“As a group we have been working on this intensely for two years, but all together it stretches between three to four years in total.

“We have been supported by Cunninghame Housing Association, they have been tremendous, if it was not for them we would not not have got to this stage.”

Once up and running, the complex will offer management employment and will be supported by Cunninghame.