Give it a go

WOMEN and girls in Dumfries and Galloway are being encouraged to try reusable options for their next period. 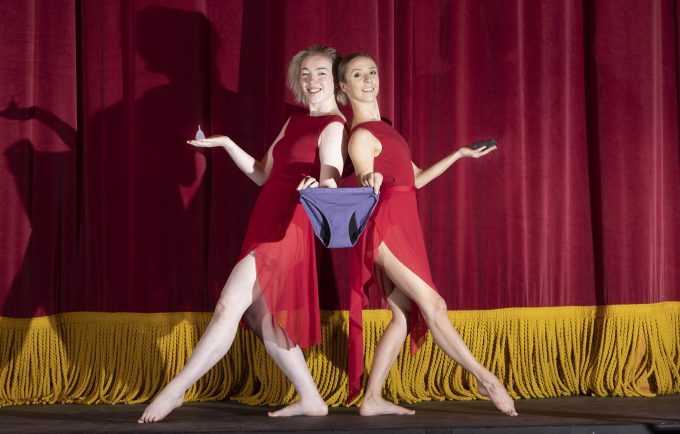 Zero Waste Scotland has launched the #TrialPeriod campaign to tackle the 427 million single-use period products disposed of nationally every year. They are a significant cause of marine litter and can also end up in landfill. Disposables are primarily made of plastic and other synthetic materials, which take around 500 years to break down.

Instead, they want people to consider a sustainable option instead, such as a menstrual cup, period-proof pants or washable cloth pads.

Research carried out by Zero Waste Scotland indicates that ten per cent of women in Scotland are currently using reusable products and a further 76 per cent said they would consider trialling at least one reusable alternative. Despite the encouraging research showing that some people have already made the switch from disposables, single-use menstrual items are still overwhelmingly the most popular choice, especially pads with wings which are typically used by 70 per cent of Scots.

Catherine Bozec, #TrialPeriod campaign manager at Zero Waste Scotland, said: “There are several types of reusable period products available, including cups, pads and underwear and we would encourage people to give them a try. The average woman will dispose of an estimated 11,000 period products in her lifetime, contributing to landfill waste and possibly marine litter. By making the switch to reusable period products, women can save money, resources and the environment.”

It is estimated that more than 340,000 tampons and pantyliners are flushed down the toilet each day in Scotland. Catherine added: “We realise these products may not suit everyone and some will opt for a mix of reusable and disposable options to best suit their lifestyle needs. We would urge everyone never to flush the products down the toilet as that increases the risk that they will end up in our oceans.” Backing the campaign, Communities Secretary Aileen Campbell MSP said: “I’m delighted this campaign will give more people the opportunity to try out environmentally friendly period products for free and would encourage women to become involved.”