A CHARITY has donated 200 homecraft packs to families in need across Dumfries and Galloway. 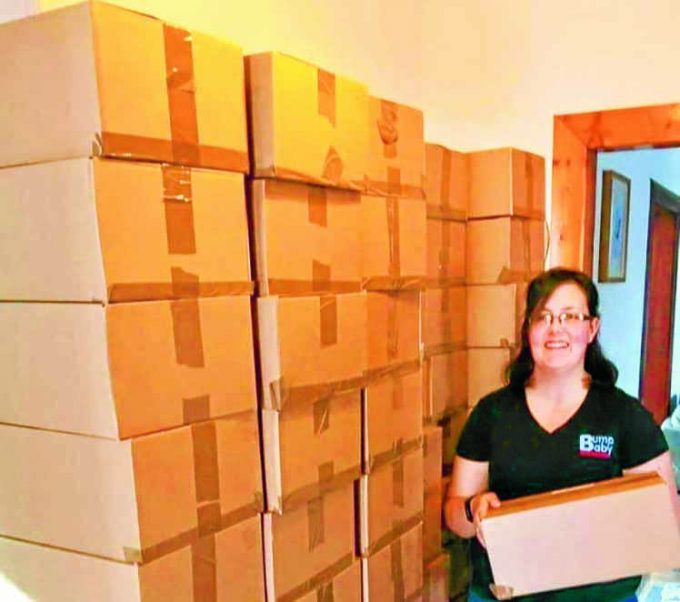 Through funding received from STV Children’s appeal and donations from Tesco, volunteers with Bump, Baby and Beyond have purchased resources and filled boxes to entertain children from as young as three months through to those in their early teens.

Chairwoman Laura Graham said: “We were approached by the STV Children’s Appeal to see whether we could use some funding to support families at this difficult time. We are an entirely volunteer-run organisation and most of our volunteers have young children of their own, so we quickly came up with the idea of free craft boxes to keep families entertained.

“Within 24 hours we had our funding request granted and had received applications for over 150 boxes.”

In addition to supplying boxes direct to families, the charity also worked with local organisations such as LIFT D&G and Dumfriesshire and Stewartry Women’s Aid to distribute to their clients. Bump, Baby and Beyond has since been inundated with messages thanking the charity for their support, and with requests from families who missed out on the initial distribution.

Trustee Kirsty Tomlin, who undertook the majority of the labour during the project and is now investigating funding sources to create additional packs, said: “We have had so many families contact us, and engage on social platforms to ask for help to try and entertain their children. From our discussions we have provided children with craft materials and ideas for things they can create; within the boxes there is tissue paper, decorative paper, pipe cleaners, pom poms, stickers, glue, paint, notebooks and much more.

When I have delivered these boxes to the organisations, they are amazed at what they are getting, and the feedback from families has been overwhelming.”

Although the charity is unable to run their regular meetings and groups at the moment, they are still maintaining an active support network for parents through their various social media sites such as: Dumfries Sling Library; Dumfries and Galloway Nappy Library; Babes in the Woods and; mum2mum friends.