THREE Americans made their way to Lockerbie for the rst time ever last weekend, just in time for Gala Day. 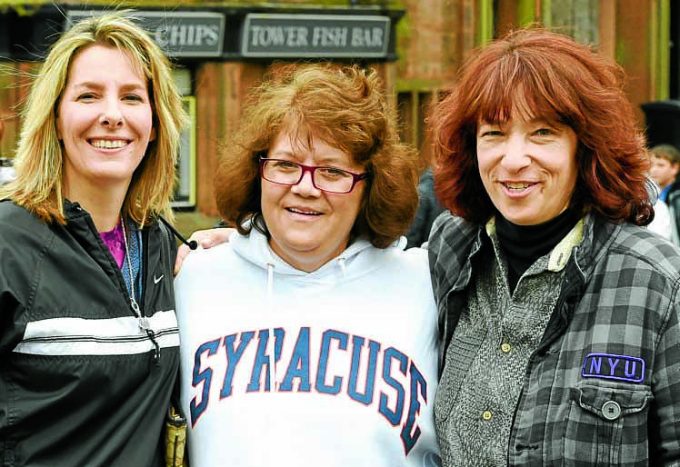 Kim Wickham, Renee Boulanger and Amy Engelhardt each have a deeply special connection with the Lockerbie Air Disaster.

And all three were in the town last weekend, staying with Cycle to Syracuse organiser Colin Dorrance, who has just been awarded an MBE, and his wife Judith.

Kim, who appeared on Channel 5’s Lockerbie: The Unheard Voices last year before the 30th anniversary of the disaster, was friends with many of the Syracuse London students in 1988 and was herself supposed to board ight 103.

But at the last minute she de ed her parents and went to Germany for Christmas instead, which saved her life.

Colin said: “She had always dreaded coming here but faced up to it and felt it really helped her.”

She was joined by Renee, whose sister Nicole died in the attack and whose body was never found.

Remarkably, this was Renee’s first ever flight.

Colin said: “She had a lifelong fear due to what happened to her sister. She has battled problems all her life because of her grief for Nicole.

“She found out about her sister’s death when she saw her mum crying on the oor of JFK airport. You can only imagine.

“She feared Lockerbie too, but had a wonderful healing experience – she loved the gala parade among everything else throughout the weekend too.”

Last of the American trio was Amy.

Amy was a Syracuse student and counted many of the fallen students amongst her friends.

Now a singer and songwriter, she penned a song ‘Girl in the Garden’ about Nicole Boulanger.