Eden to be kept intimate

EDEN Festival bosses have pledged to keep the festival intimate next year – reducing ticket numbers from 8000 to 6500. 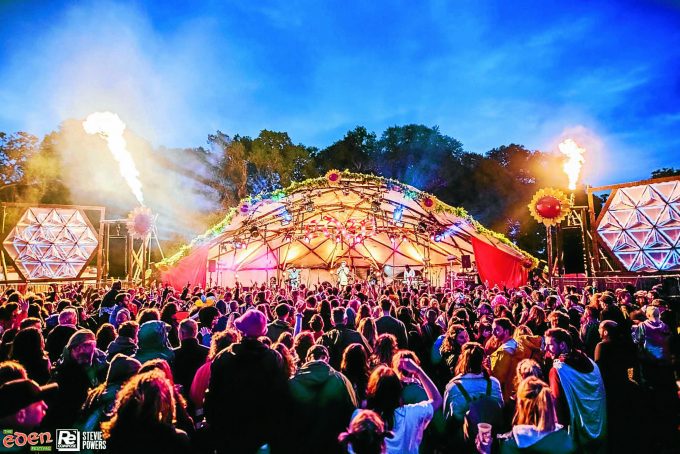 Over 300 acts, 12 stages and 8000 festival fans and a mix of blazing sunshine and drizzly downpours helped make Eden 2019 one to to remember.

Music fans were treated to the sounds of Chinese Man, author and DJ Irvine Welsh, Macka B and The Roots Ragga Band, Barley Legal and many many more.

In the weeks leading up to the four day event, which started on Thursday, hundreds of volunteers armed with paint brushes, nail guns and genuine passion for the festival worked around the clock to create the stunning boutique landscape, which featured a drive through cinema, open air disco, tavern pub and so much more.

And the stunning and quirky aesthetic of the festival caught the eye of Channel 4 bosses, who came along at the weekend to lm for their soap Hollyoaks on site.

And so loved is the Eden Festival, that this year 14 couples said ‘I do’ in the grounds.

It’s the peoples’ love for Eden that has led festival boss Adam Curtis to vow to keep the festival intimate next year – so it never loses it charm.

He said: “Festival goers are heralding this year as the best year yet.

“Tickets sold out on Sunday afternoon and the festival organisers have listened to requests to keep it from getting too big by limiting next year’s capacity to 6500.

“The aim is to keep the festival special and pretty and not ll the shoes of other larger events that have cancelled in recent years.”

He added: “Next year’s dates have been confirmed as June 11 to 14 and a limited amount of tickets are now on sale but are expected to sell very quickly.”

Get the full story in the Annandale Herald
Next issue published Thursday 27th February 2020.