A YOUNG eagle at a reintroduction site in the region has been attacked by another in behaviour that experts say has not been observed before. 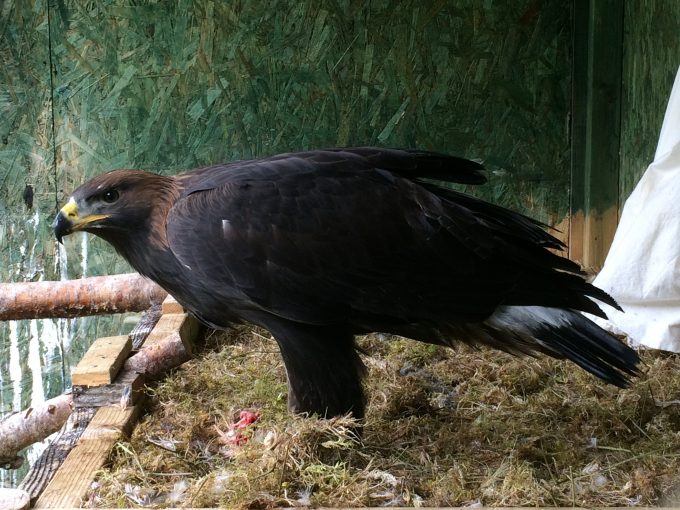 The South Scotland Golden Eagle Project is reinforcing the area’s golden eagle population and this month three young satellite-tagged male eagles were released. One of two female eagles released last year, Beaky, who had been about ten miles from the release site, returned to it and was seen to be aggressive and domineering towards the young males and began treating the release area as her territory.

It appears she caused the death of one of the released young males (which is now undergoing a detailed, post-mortem investigation), while another young male is missing nearby. The third young male is safely secured in the aviary at the release area.

One of the project directors, SNH’s Professor Des Thompson, said: “This is distressing and extremely surprising. “We have never heard of such incidents before, despite having worked with eagle release projects in other parts of Europe. Such projects are very challenging, and we are determined for this project to succeed, having involved the best experts in this field to do this, and will share what we learn with other similar projects.”

And golden eagle expert Roy Dennis, a scientific adviser to the project, explained in natural golden eagle populations, territorial breeding eagles will attack and kill intruding sub-adults trying to take their place. He said: “This is normal population behaviour – but for newly flying juveniles to be attacked by a one-year-old is totally unexpected.”

A new release site will be secured for next year.