LOWLAND League side Gretna 2008 are making strides to help stop prostate cancer being a killer by organising their own Football Festival as part of Prostate Cancer UK’s first Walking Football Month. 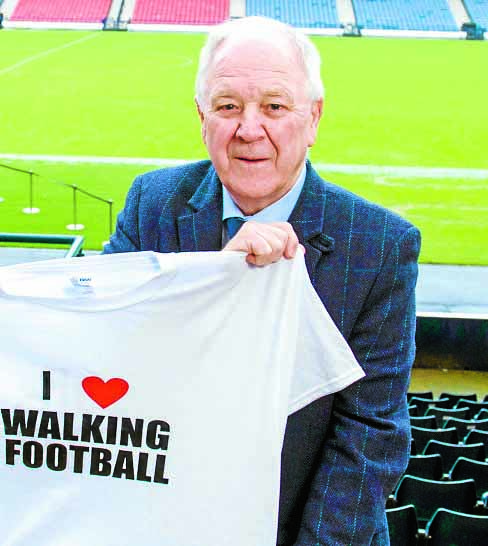 The Black and Whites have stepped up to join more than 45 other walking football clubs across the UK in signing up to host a friendly Festival this September, in a bid to fight back against the most common cancer in men.

Walking Football Month has also been backed by former Scotland football manager Craig Brown CBE, Walking Football Scotland’s Ambassador. Craig said: “Prostate Cancer UK’s Walking Football Month, this month of September, will be featuring Gretna FC 2008 who will be hosting their own friendly festival to raise awareness and funds for important research. In the UK, about 1 in 8 men will be diagnosed with prostate cancer at some point in their lives.

“As a Member of the League Managers Association it is understandable that I’m fully supportive of both its involvement in raising awareness of Prostate Cancer and also of the impact which Walking Football will have, this month in particular. I am sure everyone will wish all the best to Stuart Rome and Gretna 2008 in their fantastic and generous efforts, and to support them in any way we can to raise money for research and rid ourselves of prostate cancer.”

The Football Festival is at Raydale Park on Sunday September 30 at 12 noon.