AN UNLOVED multi use games area (MUGA) in Lockerbie could be deemed surplus to council requirements next week. 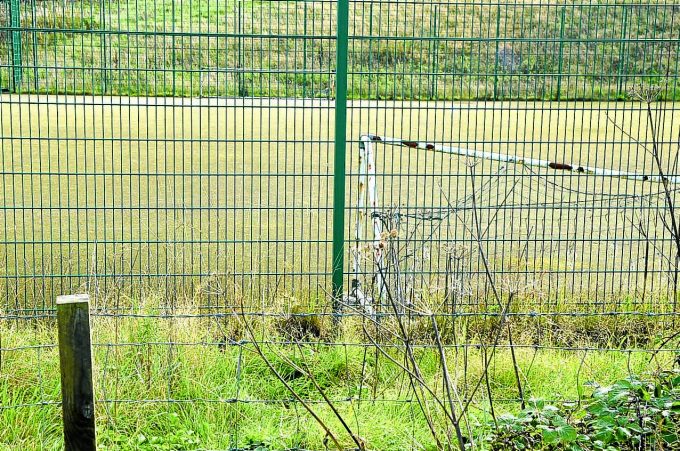 The disused sport facility on the Glasgow Road is one of 12 sites across the region that will be reviewed by members of the communities committee at a meeting in Dumfries on Tuesday.

Councillors will be asked to agree that the MUGA, which was erected in 2007, is surplus to needs.

The MUGA came under fire at last month’s meeting of Lockerbie Community Council.

Conflicting action calls were made with some calling to see the site flattened and others wanting a community group to take on the pitch.

And speaking this week, community council chairwoman Jan Andrews was surprised to see the MUGA was up for discussion within the local authority.

She said: “The council deem it surplus to requirement but have they consulted with the community? Interesting that people that don’t live in Lockerbie can make that call.”

She added: “I think it’s a disgrace that the council spent all that money on a resource which they deemed good for the community and to let it get into the state.

“Their lack of maintenance landed it in that state and now it can’t be used by members of the community.”

And she’s also looking for answers from the council about how to access the town’s other MUGA.

She said: “While I appreciate they included a MUGA within the school grounds, can that be used during the summer when the school is closed? If so, where is that advertised and the costs for it? And will it be affordable to family and groups to use?”

The pricey multi use games area has been marred with issues since its inception more than a decade ago.

It was hit by early flooding problems and in 2007 the pitch carpet had to be ripped up after contractors admitted fitting the wrong kind of carpet.