RAIL bosses are being urged to come to Lockerbie to listen to commuters’ concerns. 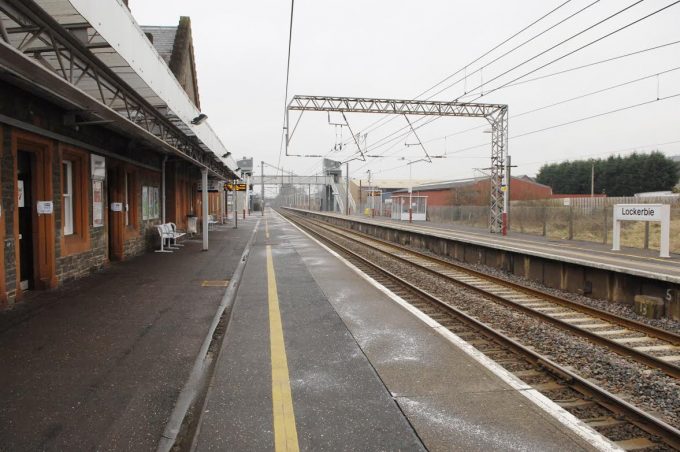 That’s the call from South Scotland MSP Colin Smyth after new figures revealed that Lockerbie remains the worst station in Scotland for performance.

And it’s one of the worst in the whole of the UK with a ranking of 2619 out of 2623 by www.ontimetrains.co.uk. Their analysis showed that most services from Lockerbie are still more likely to be cancelled than run on time. Of the 3030 services from the station in the last 12 weeks, only ten per cent ran to schedule and 14 per cent were cancelled altogether.

Commenting, Mr Smyth, who is also Scottish Labour’s shadow transport spokesman, said: “There is still little sign of hard-pressed passengers using Lockerbie station receiving a service that is fit for purpose from failing Transpennine Express as cancellations and delays continue. It’s also important to remember that poor service is not new from this company when it comes to Lockerbie, added to recently by the shameful decision to axe the 10.32 am service to Edinburgh with passengers now facing a four hour wait for the next train if the 8.35 am train is cancelled.

“In the absence of any action from the UK Government who awarded this franchise but who aren’t doing enough to hold the rail company to account, it is time rail bosses from Transpennine Express came to Lockerbie and listened to the concerns commuters have. I have issued an invitation to them and all the key transport stakeholders to come to Lockerbie for a rail summit to thrash out the issue of poor performance, high fares, insufficient parking and poor bus links and I fully expect the company to take up the offer and be held to account.”

Responding, Transpennine Express said they would be happy to meet once an invite is received.