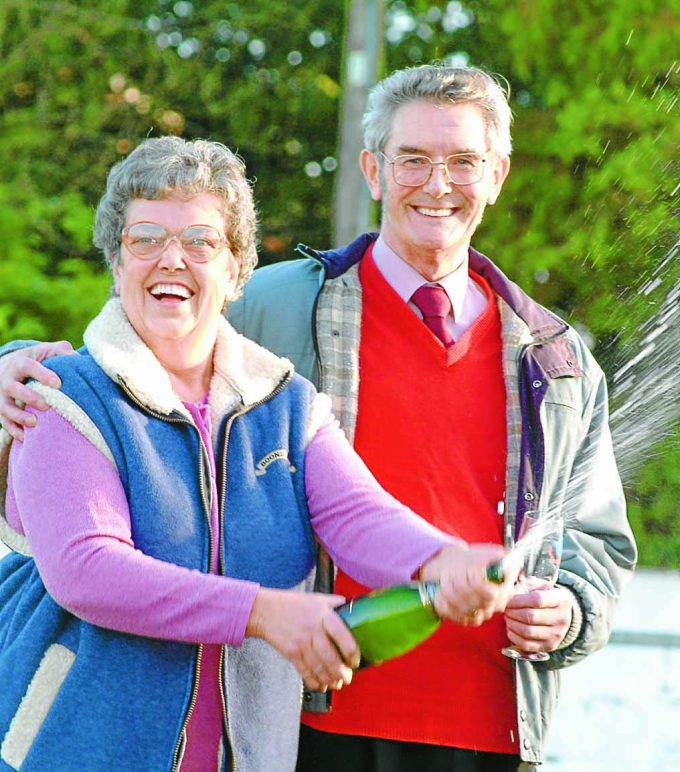 Former Annan board member William Scott passed away at the age of 76 this week.

William and his wife Margaret, above, made the headlines by becoming Annan’s largest lottery winners when they won £4.4 million in December 2003.

Following their triumph, the couple helped support Annan Athletic financially with the erection of a new main stand, along with the late Dave Monk. The stand was named The Monk and Scott Stand in appreciation of the contribution made by both families. It was officially opened in 2008 when Rangers came to Galabank.

A club statement this week said: “Everyone associated with the club are saddened to hear of the sad passing of former board member and lifelong fan William Scott. “‘Wull’ as he was affectionately known to his many family and friends was an important member of the club’s board during a successful period for the club.

“William presided on the Annan board for a number of years and took great pride in the club’s historic double winning season of 1999/2000, an anniversary that’s being marked next month at the club. The club were forever grateful to Wull, Margaret and the family for the financial support offered during the building of the main stand at Galabank.”

The statement continued saying his generosity played an instrumental part in putting the foundations in place that helped underpin Annan’s successful bid for Scottish Professional Football League status in 2008.