AN action plan on climate change was discussed by councillors in Dumfries this week, to coincide with Scotland’s Climate Week which is running until Sunday. 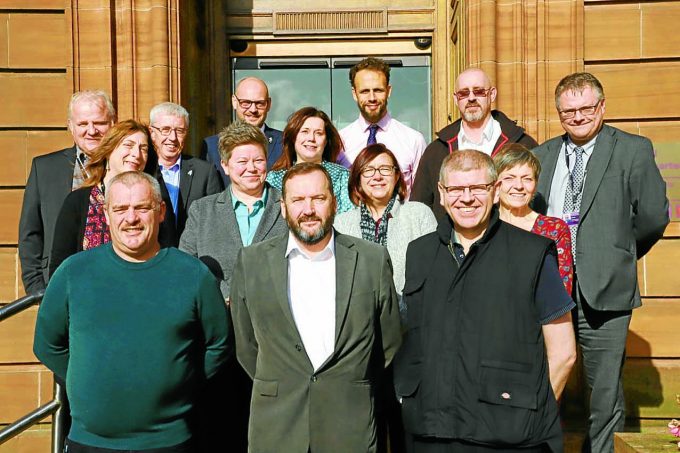 The inaugural meeting of a cross-party ‘member working group’ – pictured above- took place on Tuesday. It was set up after the council agreed its 12-point Climate Emergency Declaration in June and it will oversee the implementation of this plan. A spokesman said: “The plan encompasses everything we will do to address climate change, building on our ongoing work already taking place within the council, including reducing our carbon footprint and emissions by adopting electric vehicles and encouraging our staff to be more environmentally aware.

“We have already made a 42 per cent reduction in carbon emissions since 1990 by introducing energy efficiency measures into council buildings, such as insulation and energy generation measures, such as solar panels.”

Discussing their plan for the future, the group set out proposals to engage with schools and youth groups to allow youngsters to have a say in the future of their planet. The spokesman added: “But it is not the sole responsibility of the council, and we are encouraging partners and the public to do what they can, for example, walking or taking public transport instead of driving, switching of lights, etc, when not needed, recycling – even a small change can make a difference. Housing partners and landlords and private owners are all encouraged to make adaptations.”

And Dumfries and Galloway Council’s Environment Champion, Councillor Dougie Campbell said: “This first meeting is significant as it marks the start of our work to achieve net carbon zero status in Dumfries and Galloway by 2025. Over recent weeks I’ve spoken to a wide range of people in the public, private and voluntary sectors and climate activists to hear their views on how we can work together to tackle climate change. We’ve set ourselves a challenging target for our region and are one of the very first local authorities in Scotland to declare a climate emergency.

“We need everyone to play their part and make changes to protect our natural environment. That’s why we will be engaging with people living and working in the region and listening to everyone’s views as we develop our plans. We’ll seek to work with other public bodies in the region and I’m now asking for them to work with us and match our commitment to tackling climate change.” 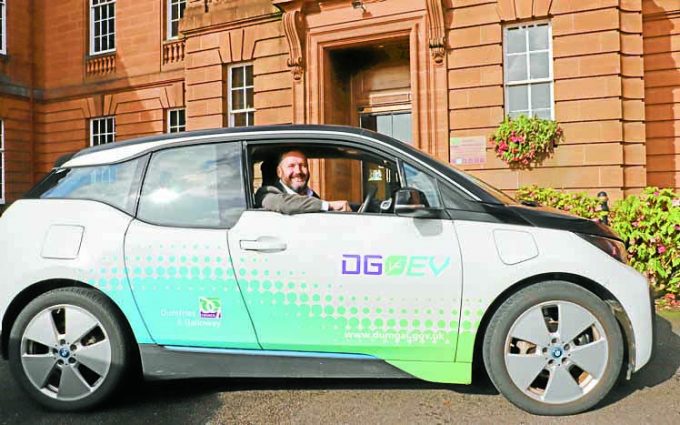 Cllr Campbell in one of the council’s electric vehicles