A GROUP of kwik fit employees wheeled into Annan this week as part of their fundraising event.

The 12 riders who were taking part in The Tour De Branch, set off from Kwik Fit centre situated in Dumfries as they cycled from the town to Newcastle for their chosen charity Children with Cancer UK.

After setting off on Thursday morning, these cyclists made a quick pit stop in the burgh town before crossing the border into England.

This relay which began in Aberdeen on Monday August 19, will be completed a month later when the ride concludes in Manchester on Wednesday September 18. 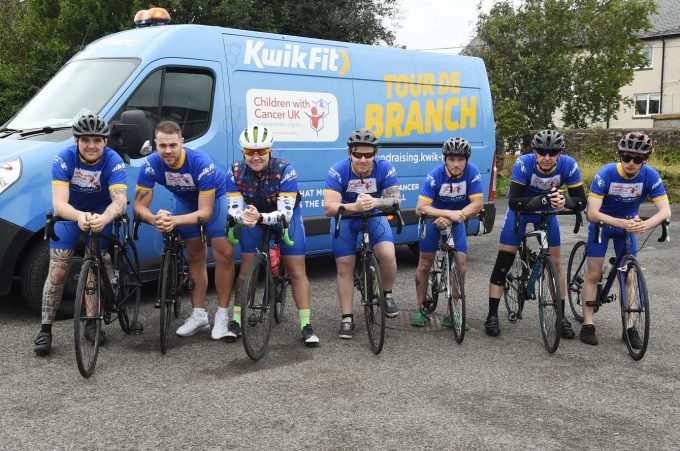 A WOMAN has died following a collision between a van and a bike yesterday.