A NEW initiative in cervical screening is set to be trialled locally next year in a bid to reach some of the 6000 women who are behind with their smear tests.

And it will do away with the need to try and fit in a GP appointment and will also tackle fears over the invasiveness of the current form of testing.

NHS Dumfries and Galloway are instead planning to send out home sampling kits consisting of a vaginal swab. Not only will those targeted be able to take the test in the comfort of their own home and in their own time – but it’s also less invasive than the current cervical sample which is taken by a health professional.

Associate specialist gynaecologist and associate medical director at NHS Dumfries and Galloway Dr Heather Currie is leading the new project and hopes it will led to a better uptake. Explaining the background to the changes, she said: “A lot of people are behind with their smears, but the screening process is going to change next year. “At the moment cervical screening requires a women to go to a clinic, GP or hospital, with most done by practice nurses. They use a speculum to enable the cervix to be seen and a brush is used to take cells that are then put in a pot and sent off.

“The aim is to pick up pre-cancer changes so the woman can be treated to reduce her risk in the future and with this screening, incidents of cervical cancer have fallen massively. However, it’s not completely precise, it does not pick up every case. Also, some women find it uncomfortable.”

As well as the new home test kits, there are also changes planned in the screening process and going forward they will be looking for signs of the Human Papilloma Virus (HPV). HPV can be picked up by anyone that is sexually active and can increase cancer risk. Dr Currie said: “What has been discovered is a better test to look for the virus. What’s going to happen for screening in Scotland as of next year is that the sample will still be taken but the test will be for if HPV is there.

“If it is not there, the chances of there being cancer changes are extremely small and the woman will not need to do anything else until the next screening appointment.” She added: “It will pick up more pre cancer changes earlier and then we can offer treatment. “Screening has done that for years but moving over to detection of the virus is a better test.”

She is confident the DIY kits are effective and pointed out that they’re already commonplace in other countries, including Holland. The doctor said: “There is a lot of evidence that using a vaginal sample will pick it up pretty much as well. It is really good at picking up people at risk of changes. It’s nowhere near as invasive and it cuts out having to make an appointment and having that examination. It should be more comfortable and a woman can do it herself.

“We are going to offer it in Dumfries and Galloway to all women who are behind with screening. We are concerned about these women.”

Meanwhile, she also welcomed an announcement that the HPV vaccination programme currently offered to girls at the age of 12 is going to be extended to include boys as well.

Dr Currie said: “Since the HPV vaccine has been running, we are seeing the number of women with cancer changes has reduced further. “The uptake has been really good and from the first tranche of results, it’s making a big difference. When the boys start too later this year, that will be great.

“We never say everything is full protection but there are different strains of the virus that are particularly high risk for these cancer changes and we vaccinate against two of these.” 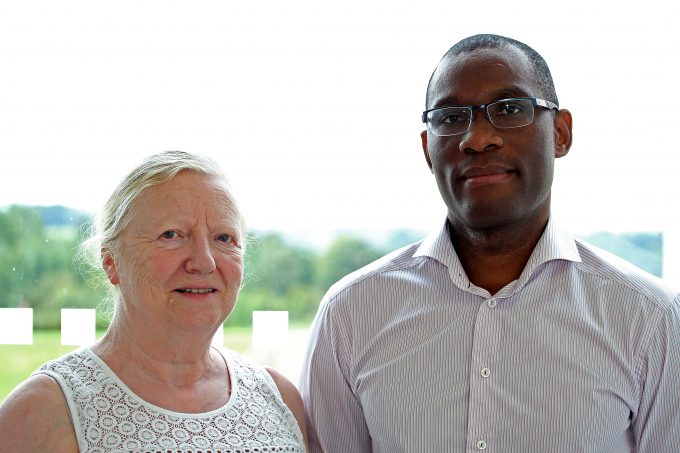 A LECTURER in the region has been recognised for her work to enhance teaching and improve the student experience during the coronavirus pandemic.

AN agricultural lecturer at the region’s Barony College has been highly commended in an annual award to find the most inspirational young person.