A HATCHERY and breeding centre for salmon egg production has been officially opened in Dumfries.

Managing director Andrew Reeve said: “Covid-19 restrictions led us to put off this ceremony more than once, so we are very pleased to be able to celebrate our achievements.”

AquaGen acquired the site in March 2019 and has invested more than £5 million, rebuilding and repurposing it for salmon egg production and creating eight highly skilled new jobs.

Over the next three years, the company aims to increase production to 50 million eggs, which will be available for delivery all year round to domestic and export markets.

Mr Reeve explained that the AquaGen strain has been developed since 1971 through scientific selection and breeding for the best performance in commercial fish farming.

And acquisition of the Holywood Breeding Centre enables the company to provide a reliable supply of eggs from AquaGen broodstock, which are reared in, and selected for best performance in the Scottish farmed environment.

He added: “Our ongoing investment supports the aims of Scotland’s ten year Farmed Fish Health Framework, by helping to improve the security and quality of Scotland’s ova supply. Fish health and quality are the foremost drivers for our business, and we pride ourselves on meeting the needs of Scottish salmon farmers.”

At the launch, Rural Affairs Secretary Mairi Gougeon said: “I welcome plans by AquaGen to increase egg production for domestic and export markets.

“With an estimated 75 per cent of Scottish aquaculture supply chain spend already in Scotland, this is a welcome addition with the centre supporting highly skilled aquaculture jobs in Dumfries and helping Scotland to reduce its reliance on ova imports and improve market security.”

AquaGen works closely with two of Scotland’s largest salmon farming companies, Cooke Aquaculture Scotland and Scottish Sea Farms. Elite breeding populations are reared in their commercial locations on the west coast and in the Northern Isles. The best performing stock are selected at sea and returned to Holywood for egg production.

Jim Gallager, of Scottish Sea Farms, described the new breeding centre as a ‘key milestone for Scottish salmon farming’ and said: “Not only will it bring together the best of nature and nurture, producing eggs from broodstock proven to have performed well in local marine conditions, but by being based in Scotland itself the centre also offers farmers – and, in turn, customers – greater security over supply.”

“The new facility will do even more to improve control, traceability and performance to enable our pre-smolts to thrive in our hatcheries and freshwater facilities.

“Many people will be pleasantly surprised to find that Dumfries is home to such a world leading facility that plays a key role in supporting the country’s number one food export and an icon of the Scottish economy. 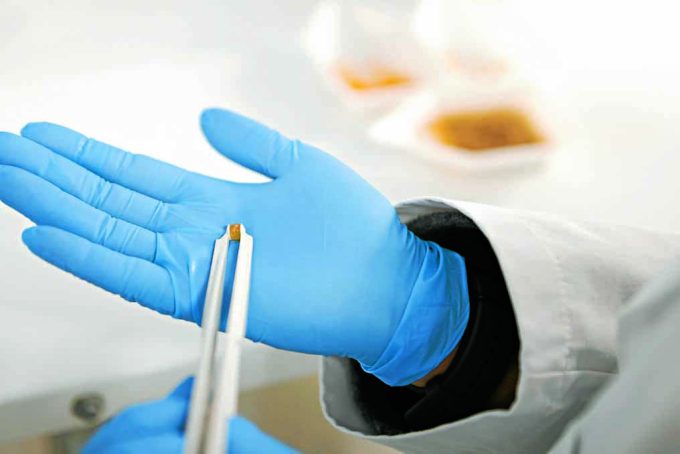 Clear masks will be a ‘breakthrough’

A NEW range of clear face masks have been launched by Dumfriesshire company Alpha Solway.

Burns’ American influence to be revealed