A FAMILY of four feel torn apart after just one member is granted the right to remain in Scotland. 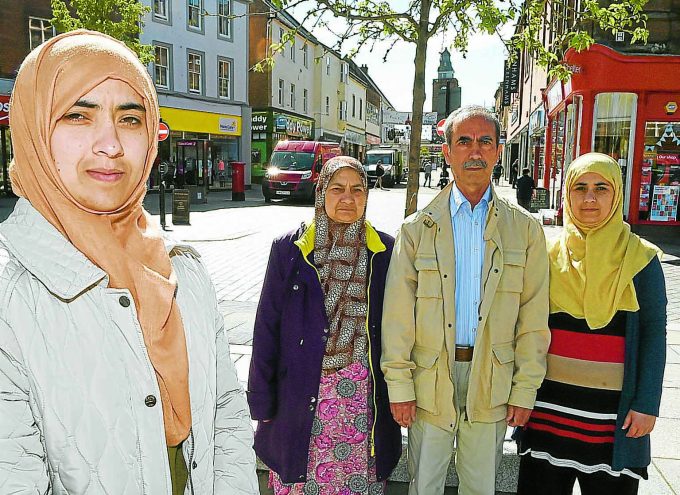 Saira Saleem, 25, was over the moon to find out her four-year-long quest to be granted a Leave to Remain visa had been granted . . . until she realised her parents Muhammad and Razia and sister Fatima had lost their plea to stay.

She described the outcome as ‘crushingly disappointing’ and ‘confusing’ and says she feels her family is being ripped apart.

Dad Muhammad first moved to Great Britain from Pakistan in 2005 on a work permit, with his family joining him a year later and settling initially in Lockerbie, but now living in Dumfries.

But a decade later the life they had built for themselves started to slip away after their former solicitor applied for their visas late – unbeknown to the family.

The Saleems have been unable to work, study or claim benefits since 2015, relying on the generosity of friends and extended family to fund their day to day life.

In the past year many have flocked to the Saleem family’s cause, including MSP Emma Harper and MP Alister Jack.

While there was light at the end of the tunnel for Saira this week, the rest of her family have been left in the dark.

Speaking this week, he said: “We are very pleased that Saira has been granted Leave to Remain in the UK in what was a very difficult case.

“Her sister, mother and father have been given a right of appeal before a judge which itself is good, however, we are hoping to persuade the Home Office not to spilt up a family who have always lived together.

“We would rather try to resolve matters rather than court action, especially when there is a petition of nearly 100,000 signatures who agree the Saleem family have integrated into Scotland.”

MSP Emma Harper is appalled at the Home Office’s decision to separate the family.

She said: “This is yet another example of the inhumane and hostile environment created by the UK Government’s Home Office. This hostile approach to those who choose to live and work here must come to an end sooner rather than later.”

She added: “It is almost becoming a regular occurrence for people across Dumfries and Galloway to come to my office when looking for support with immigration cases. Each time I contact the Home Office to explore options of support I am met with a reluctant attitude, and no or extremely slow replies and constant barriers.

“It is time for us, in Scotland, to have the power and ability to create our own person-centred immigration system which is fair and just not cruel and heartless.

“I will continue to do all I can to support the Saleem family, and wish Saira well with whatever path she chooses to take.”

Dumfries and Galloway MP Alister Jack, who took up the Saleem family’s case shortly after being elected, has continued to engage with the Home Office.

He said: “I’m naturally pleased Saira can start her college course but share her deep disappointment that her family’s application for Leave to Remain has been turned down.

“I will continue to work with the family and assist in any way I can.”