AN INCREDIBLE fundraising effort in memory of a popular Lockerbie resident has raised just under £14,000 for a terminal illness charity. 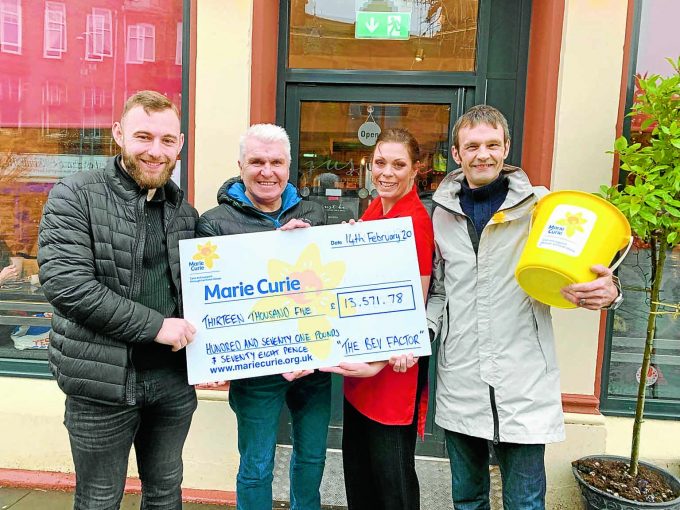 The Bev Factor, a talent show raising money in aid of Marie Curie, was a sell-out success with hundreds gathering to remember Bev Farish, who lost her battle with cancer while the finishing touches were being made to the event last month.

The event was organised by her eldest daughter Eilidh, best friend Niki Johnstone and friends Ian McLatchie and Pogo Patterson, who decided the show must go on. It was a superb evening of laughs, tears and entertainment. Among those who helped steal the show were Bev’s three daughters, Eilidh, Briagh and Ruadhan Farish, supported by friends Maddy Hodgkins and Vicki Parker. Her brother Stephen Wells also performed on the night, as well as a host of Bev’s nearest and dearest and some up-and-coming local talent.

Bev’s widower Nick said: “The amount raised is fantastic, we are blown away by how much. The Lockerbie community has come together and I can’t thank them enough for their support.”

Marie Curie’s community fundraising team member, Ross Clift said: “It’s an incredible amount of money to raise from one charity event. It goes to show how loved Bev was and how generous the local community can be.”

Pictured above, left to right: Ross, Ian, Niki and Nick