Artist to destroy some of work

IT’S the final chance for art lovers to see painting, drawings and mixed media works by a Dumfriesshire artist – before they are destroyed. 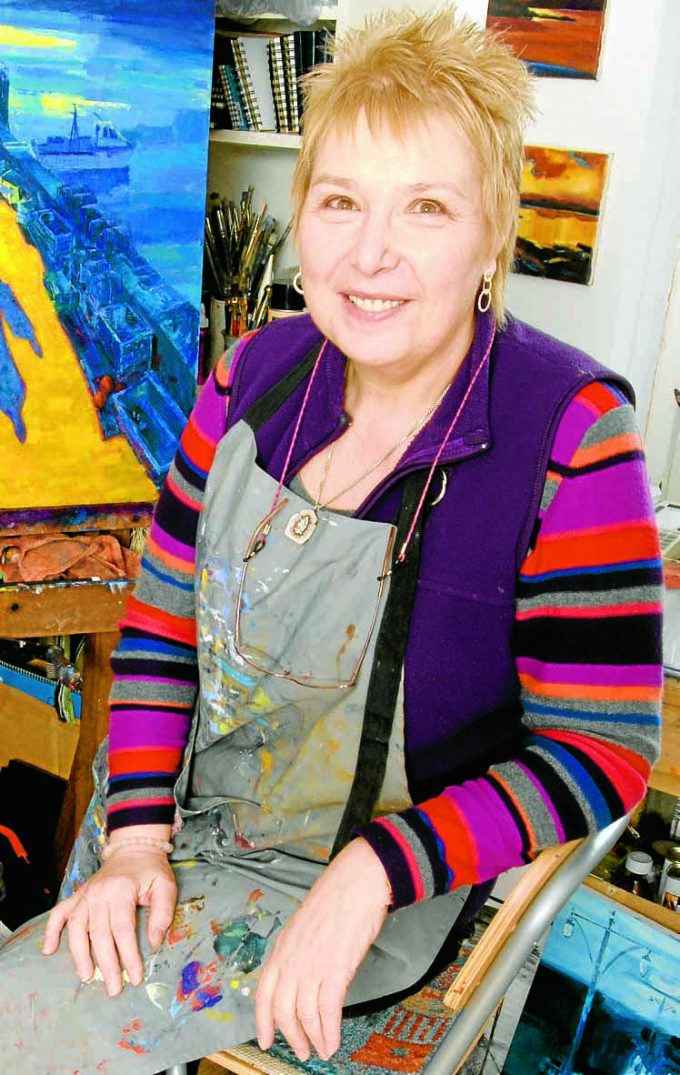 Choosing Beauty, a retrospective exhibition by visual artist Bella Green is on at the Gracefield Arts Centre in Dumfries until December 21. And after that, Bella will get rid off some of the large pieces that have been created over the last 30 years.

The show, which spreads over five rooms at the gallery, is an opportunity to see how her artwork has developed over the decades. It features colourful still life, landscape and mixed media works, contrasted with a large, early installation piece called The Circle of Life consisting of 12 panels worked on over a period of four years and which was initially inspired by a recurring dream image of a figure emerging from a vessel.

Bella said: “It’s wonderful to have the chance to stage an exhibition that shows how my work has developed and changed over the decades. All the more so because, like many artists, I have difficulty finding storage space for large works and have decided that the time has come when I will have to destroy the The Circle of Life after it has been on public show for one last time.”

She added: “My compositions are all about imagination. First I observe then I like to rearrange familiar things to create a harmonious feeling through heightened colour and playful arrangement of shapes. I enjoy making happy paintings. I’m generally known for my expressive still life and landscapes and colourful polymer clay jewellery, do I think there may be some surprise, and perhaps even shock, at the earlier works. In the context of a retrospective it feels right to show them, and they help tell how I arrived at where I am now as an artist.”