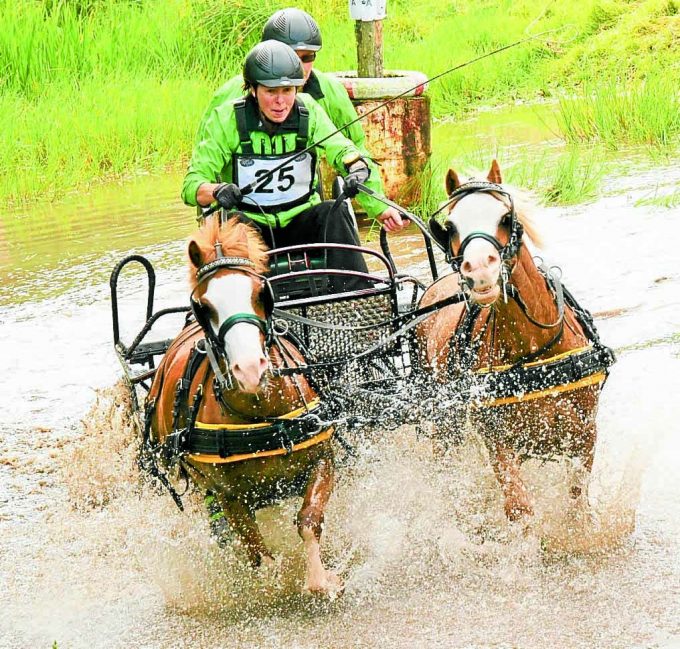 The prizegiving ceremony took place at Hunting Tower in Perth at the weekend.

It followed a successful season for Anna in the points league, which is run by the Scottish Carriage Driving Association and is open to all its members throughout Scotland and the north of England. Points are awarded at each of the six events held across Scotland throughout the year. The competitions are mostly two-day events comprising of three phases – dressage, cones and marathon.

Anna has competed in pony pairs for just three years, having previously driven a single pony. Her current ponies, Rocket and Joshua, both seven-year-old chestnut Welsh Section A ponies, have been driving together for less than a year. She said: “My original Welsh pony, Sunny, now 13, developed an arthritis type of condition in his hock, so although sound, is currently on light work. I was keen to continue competing, so I bought Joshua last winter and have been training him alongside Rocket.

“I’m delighted to have won the points league this year as it’s difficult starting again with a new pony, and it takes a while to get the dynamic right. Luckily, Joshua has fitted right in and has quickly learned his job. They are coming along very nicely and I’m hoping to be back competing at National level with them next season.”