CALLS for the council to take action over a rotting pavilion in Moffat have been stepped up.

Hope Johnstone Park’s shelter has been slowly deteriorating over a number of years.

But now matters have been made even worse by vandals who have targeted the neglected wooden hut on numerous occasions in recent months.

This week police were alerted after several planks were ripped off the structure, which is owned by the council. 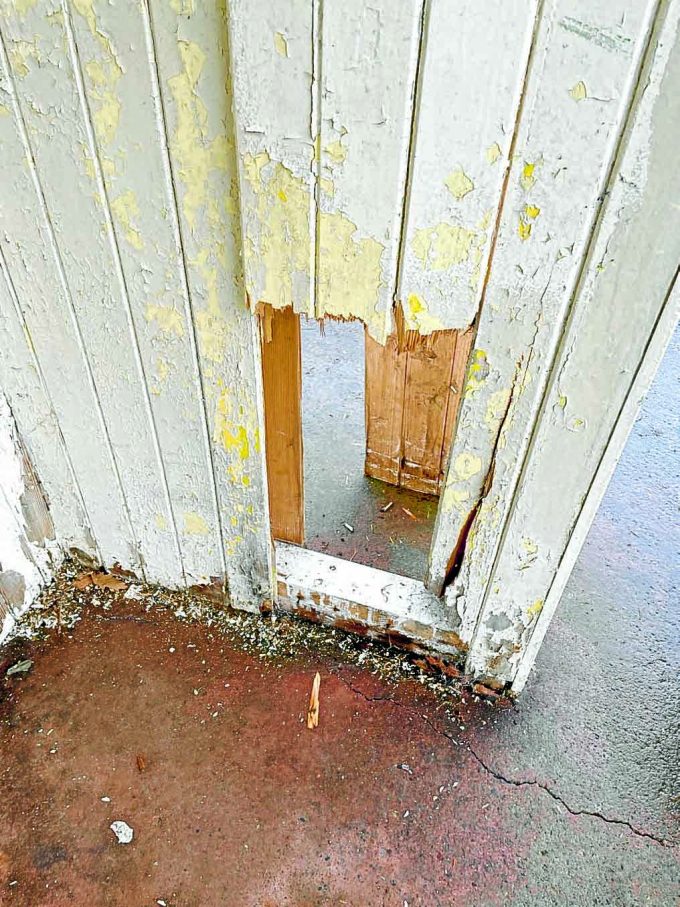 Chairman of Moffat Community Council, Leys Geddes, called on the local authority to make a decision on its future.

He said: “We should be doing something about it.

“We reported it to Dumfries and Galloway Council some time ago; it was already dilapidated at that time and had a small amount of vandalism, but it now seems to have had an extra two attacks of vandalism since. So we have increased our call to the council to help and to the police as well.

“It’s not awfully serious but if anything begins to decay, it seems to attract a lot of other attention and the vandalism increases.

“And potentially it’s a safety hazard because of the sharp edges of the wood and the pieces that have been thrown about in the field.

“It’s time for a decision to be made about the future of the thing. Has it had it? If so, it’ll go and we’ll hope to have a replacement, or are we able to repair it? It’s up to the council, they own it so the ball is in their court.”

He said: “Their concern is the budget for it. The intention is to repair it but obviously it needs a bit of a renovation.”

Cllr Thompson explained developers of the Moffat Academy Apartments were due to meet the repair costs as part of a community benefit fund, which has not yet been established.

He added the council is in the process of chasing up funds by legal means.

“Had those funds been available, there might have been some capital to make improvements to the assets in Hope Johnstone Park,” he said.

A council spokesperson said: “We’re aware of the issues and will be looking into getting this repaired but no source of funds has yet been identified.

“Unfortunately, there has been considerable vandalism to the pavilion in recent weeks, most recently last Sunday night. Benches were also wrecked in Station Park.

“This damage to public property is lamentable and we very much hope that the perpetrators are identified and apprehended by Police Scotland.”

A BID to find a new provider of care at trouble-hit Singleton Park has failed.

POULTRY farmers across the region have been instructed to house their birds from Monday in a bid to stave a wave of avian flu.