THESE colourful images show what Annan’s new super playpark will look like when it opens later this year.

It has been five years in the planning but will finally come to fruition this summer at a cost of £500,000.

Featuring different themed areas aimed at different ages, it will boast an array of fun equipment to climb, slide, swing, scramble, run and jump on, off and through.

And as well as the playpark, there will also be an interactive kick wall feature, all located on the Weyroc behind Newington Leisure Centre.

The design celebrates the history of Annan and area with references to seafaring, the motte and bailey and munitions. 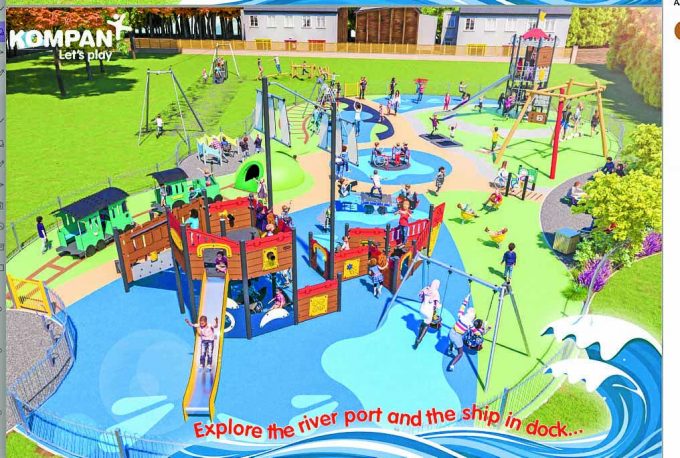 Annan Play Park Steering Group (APPS) secretary Louise Ross said: “We have always said we wanted this to be an inclusive park for all ages and abilities and the play park company who are providing the park, Kompan, have supplied us with a vast array of different pieces of equipment that everyone can enjoy.

“The idea behind their design was to incorporate the history of Annan in the main structures so there is the castle (older children equipment) which represents the Bruce Motte and Bailey; the train in reference to the munitions history and Devil’s Porridge; the ship (toddler area) to represent the harbour and coastal history of Annan; and the trim train with zip line to represent Annan Bridge.

“There is plenty of seating throughout and also a sensory garden area too.”

The group hopes it will be ready for the summer holidays, but this will depend on covid restrictions.

Louise added: “It will give the town a positive boost for the summer after what has been a very difficult few years, with covid and the loss of the Pinneys factory.

“We want to help bring people back into Annan and give the people of Annan a really big reason to smile again.” 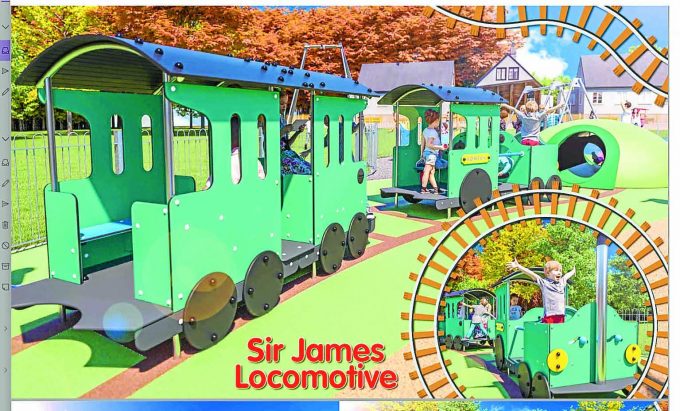 APPS chairman Ronnie Ogilvie said: “I’m so proud of the APPS group for all their hard work and staying power to get us to this point and I will look forward to developing the next phase of the project.”

And Cllr Sean Marshall, who is also a member of the APPS, added: “After nearly five years of hard work and dedication by our small number of members, that included conducting widespread community consultation, we are thrilled to reveal the very exciting plans for a flagship playpark.

“The new playpark will not only be for the people of Annan but also the nearby villages and settlements in the surrounding area.

“Five years ago parents came to myself and Ronnie Ogilvie, as local councillors, asking for a decent play park and we have all worked together to realise these dreams as some of these parents rolled up their sleeves and formed the Annan Play Park Steering Group.

“This is only the first phase of the overall project and we have further exciting plans to develop this whole area for the benefit of all ages.”

The funding for the project came from Dumfries and Galloway Council, Changing Places, the Holywood Trust, the Robertson Trust, National Lottery, the Tesco Community Fund, the Scottish Government, developers’ contributions and members of the public. 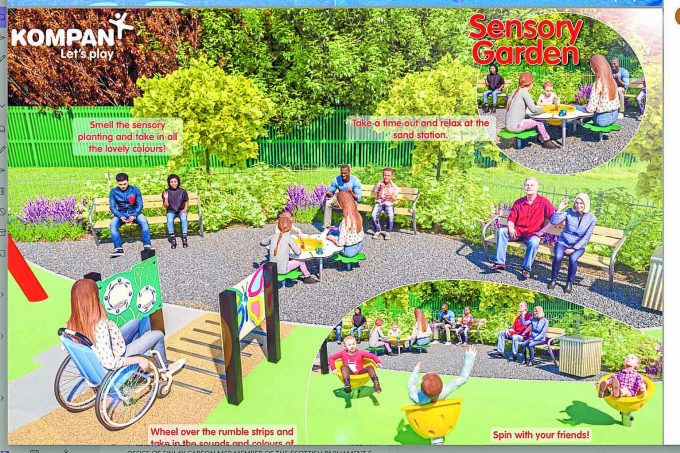 Artist urges kids to get sketching

FOUR more residents deaths have been reported at a care home in the region.

FOUR more deaths have been reported at a care home in the region, gripped by covid.

Spreading the love in Moffat

GIVE a little love to have a little hope and make the world better - that’s the message coming from Moffat.

Community council pair give up roles