PEOPLE-POWER is being used in the Annan area to combat a growing litter problem.

A group of volunteers is staging litter-picks and have a long-term aim to curb the throwaway culture among offenders of all ages.

The initiative is the brainchild of Annan Churches Together members, who are concerned about rubbish spoiling the local environment for residents and visitors.

One of the organisers, Heather Paul, helped launch the effort.

She said: “I felt ashamed of the litter in the Annan area, especially when going for walks with family or friends.

“The last straw was finding that someone had fly-tipped a truck load of rubbish at the mouth of the River Annan at Waterfoot.

“This region is by no means alone in having this problem, but when you visit places abroad with very little litter you realise that it does not have to be this way.” 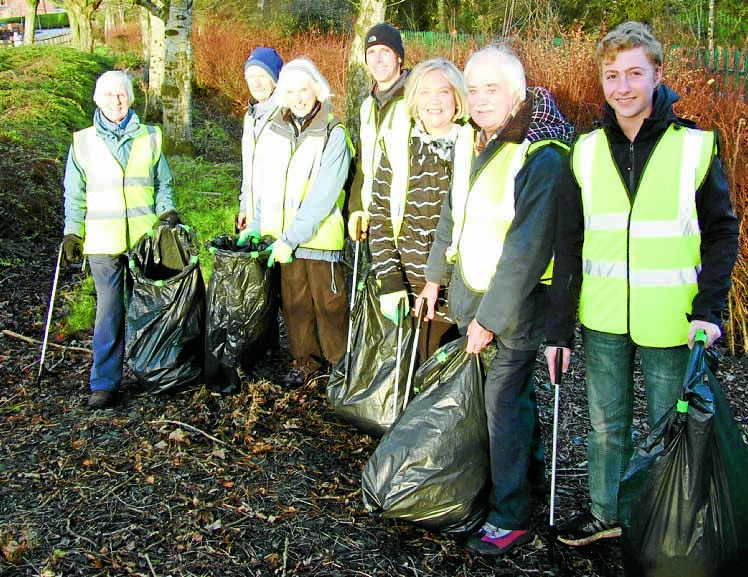 Retired doctor Heather pointed out that local authority budgets were coming under increasing pressure and in Annan the number of street-cleaning staff had reduced from three to two.

She praised the council workers for their efforts and said the volunteers were particularly targeting litter hotspots needing additional attention.

The group have expressed their thanks after receiving support for equipment and materials from a number or local organisations and businesses.

Heather told DnG24: “Going forward, we also hope to have an educational dimension to what we are doing.

“We’re trying to change the mindset which makes people throw away litter on the streets, out of car windows or by fly-tipping.”

She explained that one idea was to work with schools and youth groups to raise awareness of litter issues and trying to prevent youngsters following the bad habits of previous generations.

The Annan litter project, which has the motto ‘let’s go out and make a difference,’ has been partly inspired by a similar scheme in Dumfries co-ordinated by the Peoples’ Project (PP).

They have been given useful advice by one of the PP organisers Mark Jardine.

The volunteers have been astonished by the volume of litter found at areas they have cleared.

Recently they were shocked to fill 13 bags in one hour in an area between Standalane and the Chapelcross pipeline.

Heather added: “This is a big problem but we are all positive about trying to tackle it.”

A PROJECT that aims to elevate the voices of women and disabled people in local workplaces is among a raft of initiatives to receive government-backed equality funding.