POLICE in Wales have confirmed the completion of their investigation into the death of an Ecclefechan soldier.

Cpl Josh Hoole, 26, collapsed and died in July at the end of a gruelling training exercise during hot weather in the Brecon area of Powys.

Serving in 1st Battalion, The Rifles, the eight-mile course was part of his work towards becoming a platoon sergeant.

Cpl Hoole’s family in Dumfriesshire have now been informed that he died from ‘natural causes.’

And an official statement issued in Wales read: “Dyfed-Powys Police have concluded their investigation into the unexplained death of Cpl Joshua Hoole on July 19.”

It added: “The investigation has revealed that the cause of death is due to natural causes and the matter has been referred to HM Coroner for Powys, Mr Andrew Barkley.”

The former Lockerbie Academy pupil was described by friends as being a ‘dedicated soldier’ and ‘super-fit.’

On Remembrance Sunday, Cpl Hoole was among the servicemen and women honoured at the war memorial in Ecclefechan.

His mother Jackie McMichael laid a poppy wreath, on behalf of the family, during the well-attended ceremony at Hoddom Parish War Memorial. 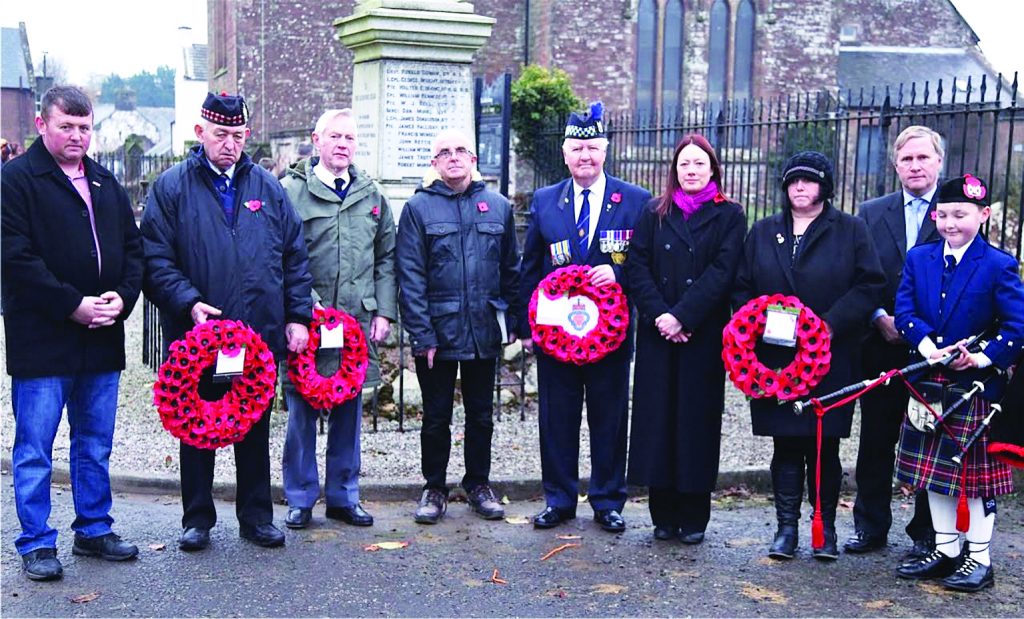