My tears for Nice - DNG Online Limited
Skip to content

My tears for Nice

THE French Riviera holds a special significance for DNG Media's news editor Fiona Reid, - pictured below - who spent over a year living out there as a student. She has penned this special reflective article in the wake of last week's terror attack in Nice, in which 84 people were killed.

AGED 20 I fell deeply in love . . . but it was not with a man, it was with the beautiful Cote D’Azur region of France.

I was lucky enough to spend just over a year living and working in that spectacular part of the Mediterranean as part of my university degree.
And my infatuation for the French Riviera wasn’t just a passing phase, it has proven to be an enduring passion and it remains one of my favourite places in the world with its balmy climate and sparkling blue seas.
I know firsthand just how that whole stretch of coastline is a magical place where dreams can come true and where everyone can experience a taste of glamour, glitz and luxury.
Of course there’s criminal activity there just like everywhere else and part of my then job at the Palais des Festivals centre in Cannes was as an interpreter helping tourists report thefts and muggings to the police.
But the atrocities that unravelled on Bastille Day are of another magnitude entirely.
Watching events unfold in my beloved Nice felt more like watching one of the many Hollywood films that are made over there or shown at the famous Cannes Film Festival.
The beachside Promenade des Anglais that features in so many of my photos from that time was turned into a blood bath by Mohamed Lahouaiej Bouhlel in a speeding lorry.
To me, La Prom as it’s affectionately known, is a place for leisurely strolling and taking in the breathtaking views, or just somewhere you cross on the way to the beach. Indeed it was on that beach that I spent a night at a Texas concert and I have frequented many of the nearby bars and restaurants as well.
I can clearly picture the scene that fateful night last week when it would have been full with both locals and tourists enjoying the warm evening and the fireworks, making memories . . . that quickly turned to nightmares.
My heart aches for the French people who are having to deal with their third shocking terror attack in 18 months.
And I feel particularly affronted that ‘my’ special part of France has been targeted.
The French are fiercely proud of their country, no more so than down there on the Med, and they will be reeling at the latest horrors.
But it is that pride and resilience that will get them through this and see them rise again.
And I know that Nice has so much to offer that it will take more than this barbaric act to stop the region enchanting many more people, as it once did me. 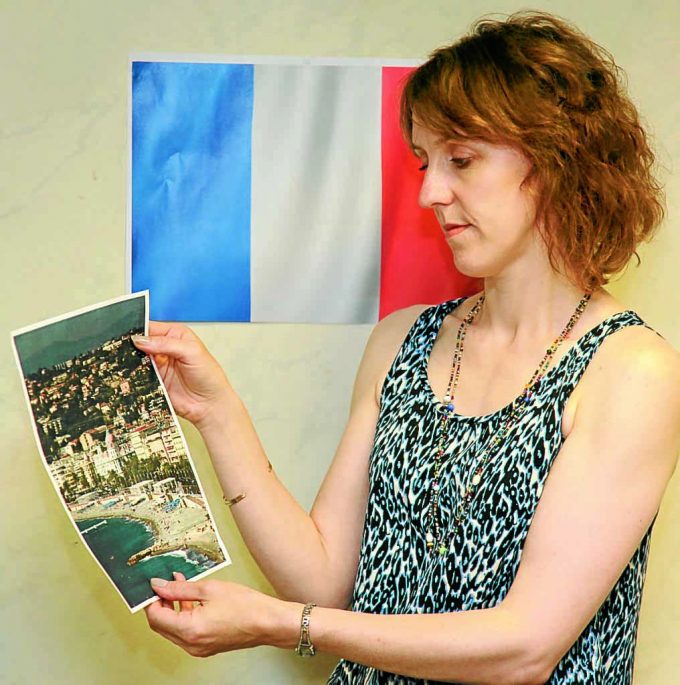 OVER 200 girls and young women across the region sit on a waiting list to join a Rainbow, Brownie, Guide or Ranger unit.