A COASTAL rowing race across the Solway was cut short at the weekend after the lead boat was tipped over by a freak wave.

RECOVERED . . . the Marr Voyager is towed back into the River Annan after tipping over in the Solway

The five-strong crew of the Troon-based Marr Voyager landed in the water mid-way across the Firth which was choppy during an incoming high spring tide.

Six boats were taking part in the cross-border Annan to Bowness-on-Solway return race organised by the Scottish Coastal Rowing Association.

The drama unfolded around the half-way point on the outward journey when a strong swell pushed over the boat.

One of several accompanying support boats swiftly plucked the crew to safety and took them ashore while another support team righted the Marr Voyager and towed her back to Annan Harbour.

RACE LEADER . . . the Marr Voyager edges ahead out into the Solway before the mid-channel drama unfolded

A spokesman for Troon Coastal Rowing Club said that while the four rowers and the cox were soaked through they were none the worse for the experience.

He thanked Iain Cook, a member of Annan Harbour Action Group, which hosts the annual ‘Bell Ringers’ Raid’ race, for organising food and dry clothing for the crew.

“One crew member lost her blue waterproof bag containing her car keys and mobile phone when the boat went over,” added the spokesman.

“It is possible it may be washed up on the shore. We’d ask that anyone finding it hands it into the police or members of the Annan Harbour Action Group.”

Meanwhile, HM Coastguard base at Belfast also received calls when three spectators taking photographs from merse land on the east bank of the River Annan estuary at Waterfoot became cut off by the fast incoming tide. 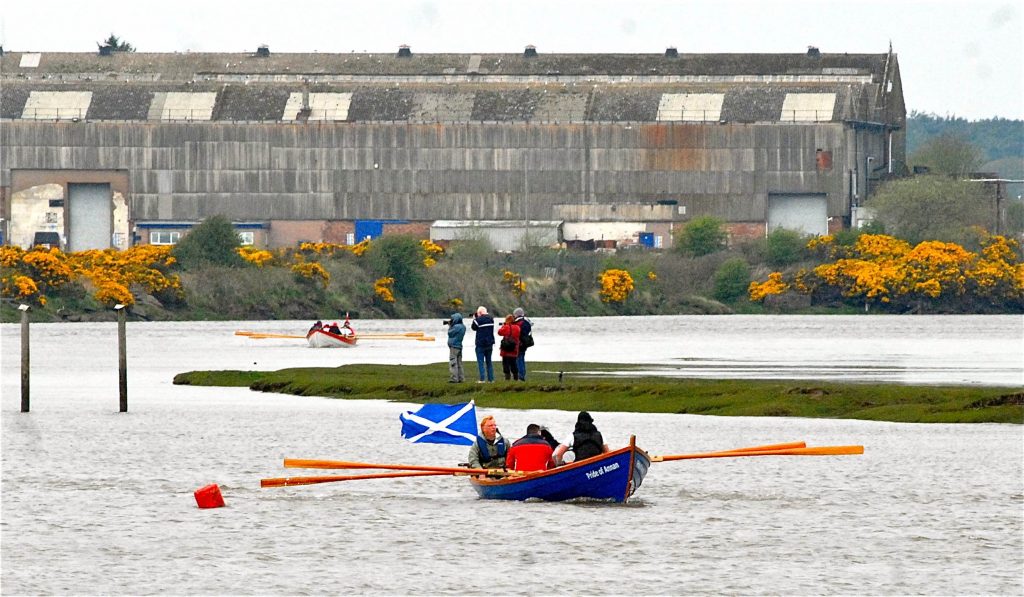 SPECTACLE . . . there were spectators, including photographers, viewing the boats from the riverside as the coastal rowing boats went out into the incoming tide

Off-duty Coastguard senior coastal operations officer Stewart Bryden, who was in the area setting off on a fishing trip with friend and boat owner Colin Monk, instantly responded to emergency alert.

They headed straight for the location and picked up the three camera enthusiasts as the rising tide rose around them, before taking them to safety upstream at Annan Harbour.

The RNLI Silloth lifeboat was also called out by the Coastguard control at Belfast but were later stood-down.

Before returning to their fishing expedition, both Mr Bryden and Mr Monk came to the rescue again when they responded to a distress call from a race safety boat close-by which had suffered an engine failure. 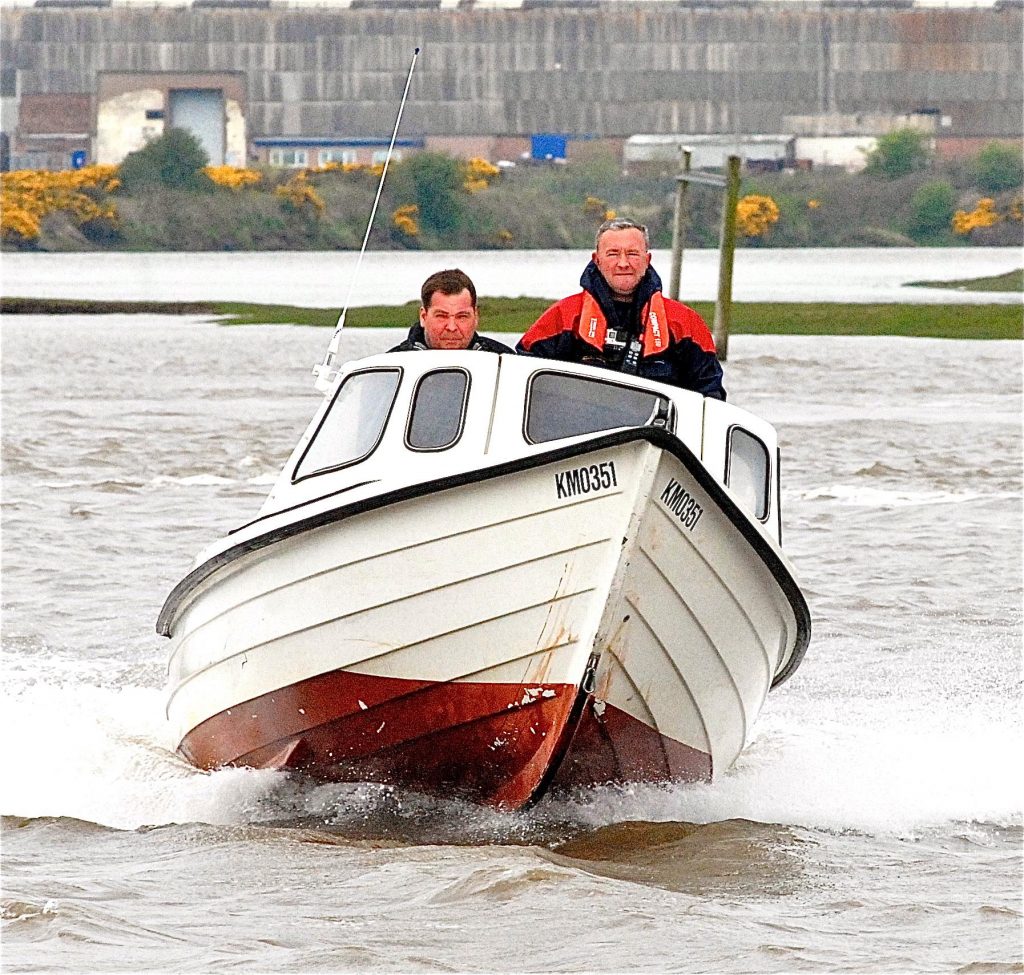 They towed the stranded boat and two crew members to the slipway at Dornock Brow, east of Annan.

Iain Cook, of Annan Harbour Action Group, stated later that although the waves in the Solway were choppy they were not as rough as during a previous race.

He said: “The wind direction was different this time, a north easterly, and that may have been a factor in what appears to have been a large wave coming from an unexpected direction.

“The safety boat crew all did their job well and everyone was soon safely on dry land. The remaining boats completed the run to Bowness where they were greeted by a welcoming party organised by the local primary school. 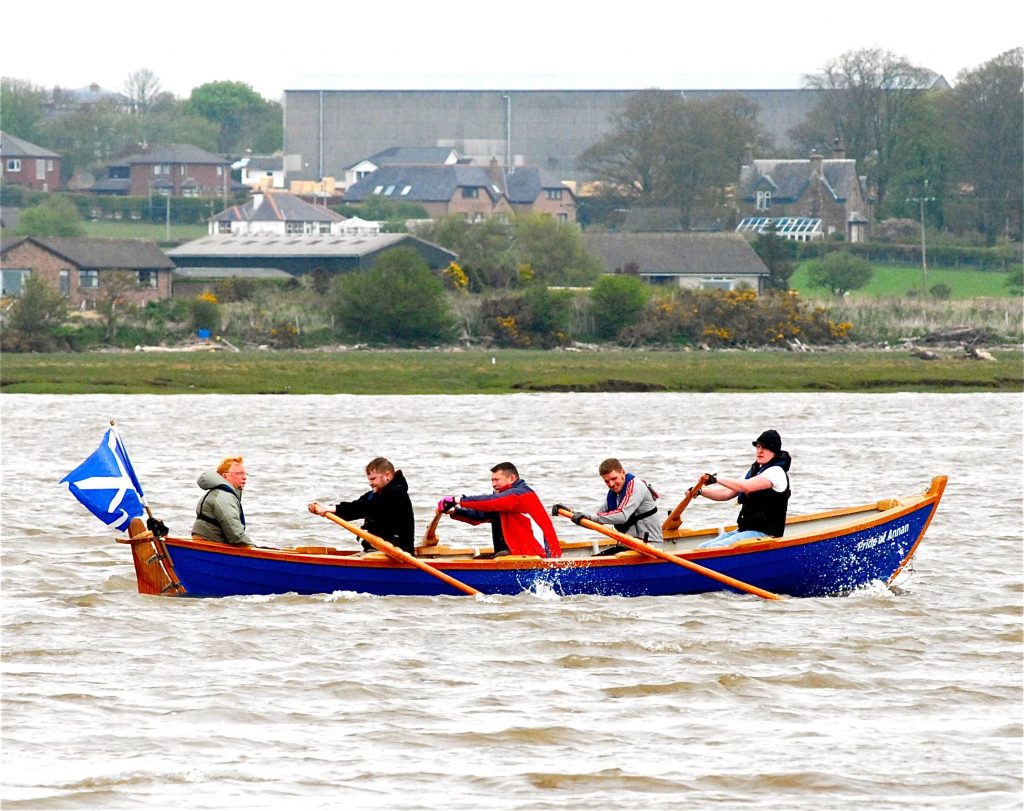 TRUE GRIT . . . the ‘Pride of Annan’ crew head out into the Solway during the race

“The decision was taken by the Scottish Coastal Rowing Association, as a precaution, not to make the return trip and the boats were transported back to Annan by road.”

Mr Cook stressed that safety was the priority during the Saturday afternoon event and if there were any lessons that could be learned for future races they would be taken on board.

And the Coastguard chief, who later returned to his fishing trip, expressed his thanks to all the members of the public who made 999 calls during the various incidents.

He also expressed his gratitude to Mr Monk, a local businessman, for allowing the use of his boat and helping respond to the emergency calls.

“Like all such incidents,” added Annan-based Mr Bryden, “these highlight the dangers and unpredictability of the Solway.” 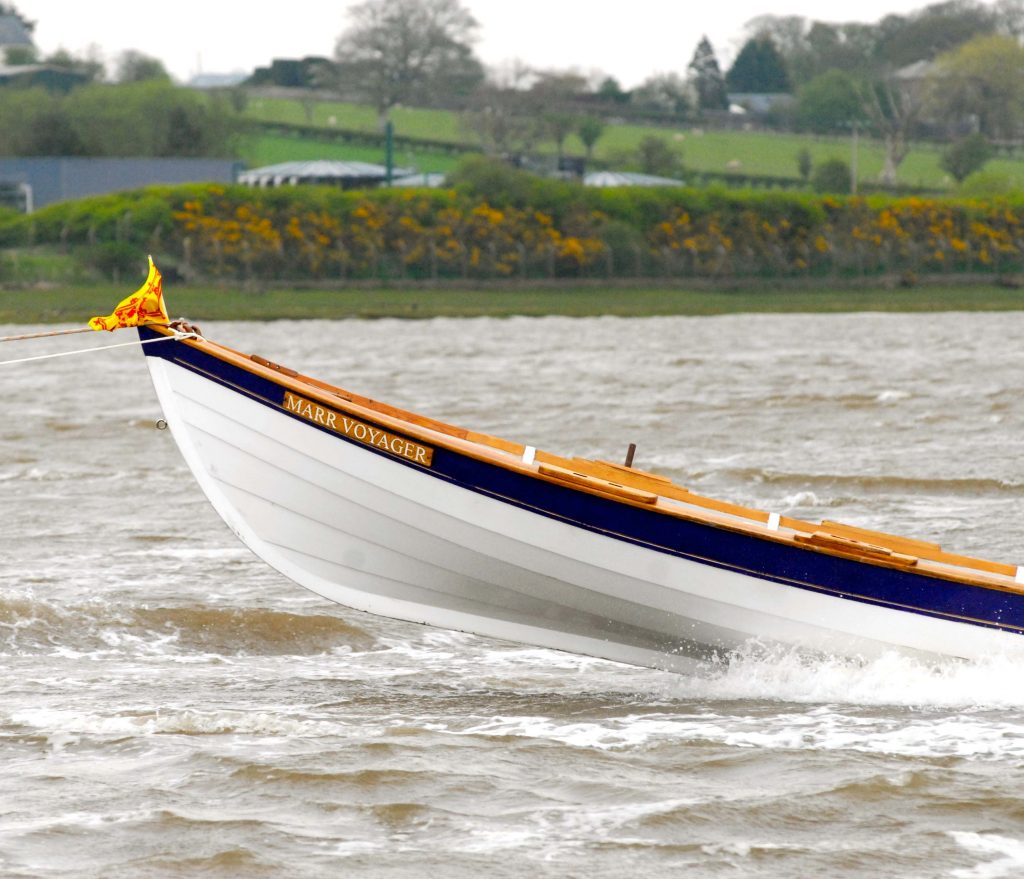 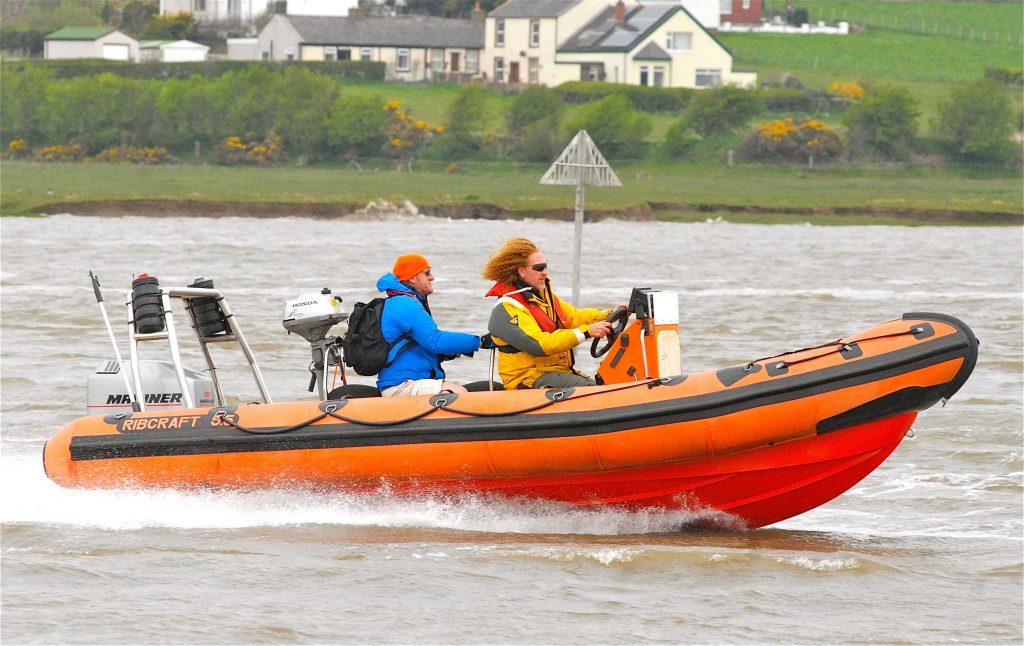