A PROFESSOR from one of the region’s universities gave a presentation at the EU Parliament on a local project which is tackling a killer lung condition. 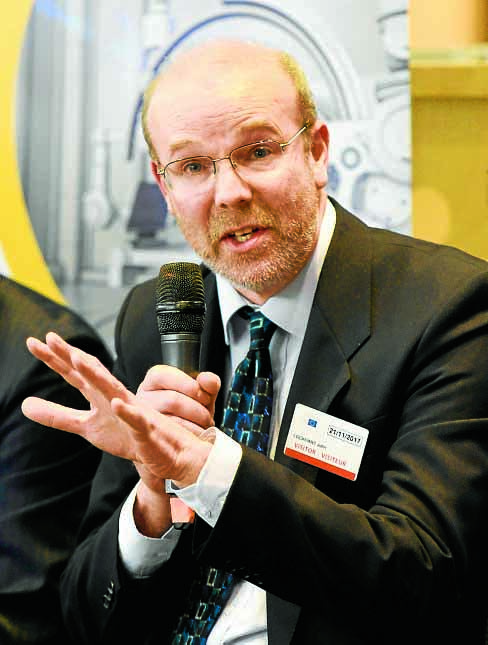 Professor John Lockhart, of the University of the West of Scotland (UWS), spoke about the collaborative international project which is focusing on the causes, treatment and potential prevention of chronic obstructive pulmonary disease (COPD). It is an incurable lung disease that is particularly prevalent in South West Scotland. It significantly impairs quality of life and has a high cost to health services and the wider economy – and in Dumfries and Galloway, COPD-related hospital admission is amongst the highest in the UK. Professor Lockhart’s EU appearance aimed to raise awareness across Europe of the disease, and he was particularly keen to highlight the work of the €7.7 million BREATH (Border and Regions Airways Training Hub) project between UWS, the Dundalk Institute of Technology and Queen’s University Belfast. It has established a world-class cluster of researchers who are addressing the causes, treatment and potential prevention of COPD.