THE first joint meeting of Dumfries and Galloway Council and the regional Youth Council place was held this week. 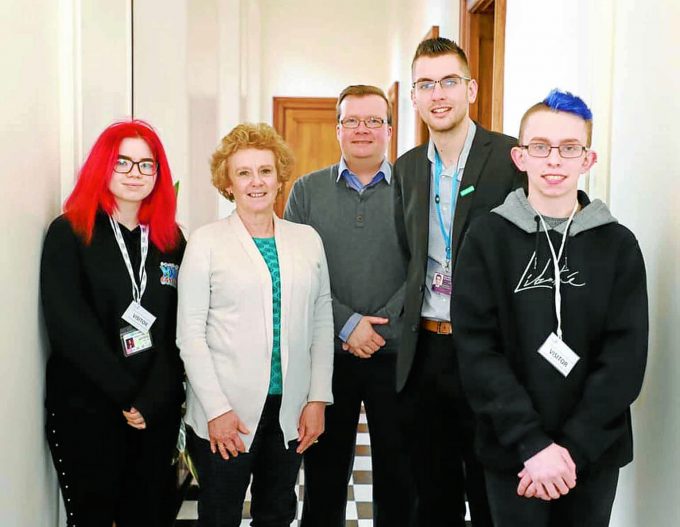 The meeting brought together elected members, elected youth councillors and members of the Scottish Youth Parliament from across every community in the region to develop actions that will improve opportunities for young people locally.

Economy and resources, education and learning, and communities were the three themes discussed at the meeting, held at the Bridge in Dumfries.

The joint meeting is the first annual gathering of the two decision making bodies and will form part of the legacy following on from the Scottish Governments themed Year of Young People in 2018 which saw Dumfries and Galloway given national recognition for their commitment to young people.

Council leader Elaine Murray said: “This meeting demonstrates our council’s commitment to young people in Dumfries and Galloway and we are looking forward to collaborating with the Youth Councillors and Members of the Scottish Youth Parliament to develop new ideas on how best we can plan and deliver services with and for our young people.”

A spokesman for The Youth Council added: “We are hopeful that this meeting will mark a change in the way that public bodies meaningfully include young people in their decision making. The support we have received since the election has been really positive and we are looking forward to working with elected members.”