A DOUBLE murder mystery connected to Moffat is to be made into a new TV drama. 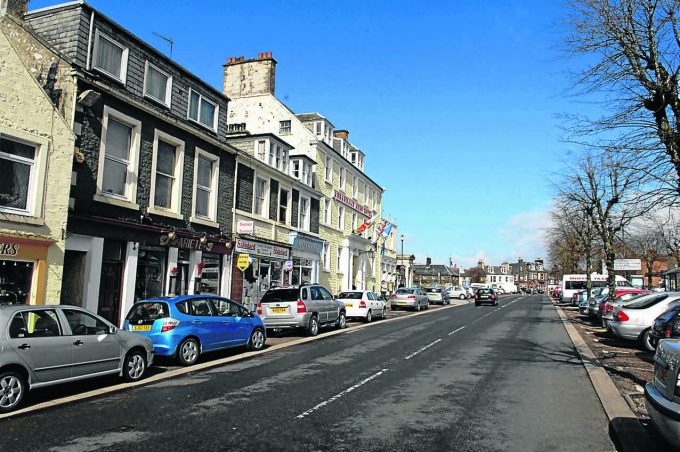 The Jigsaw Murders shocked and gripped people across the UK in 1935.

In September that year the dismembered bodies of two women were found in a ravine near Moffat. They turned out to be Isabelle Ruxton, a doctor’s wife, and Mary Rogerson, the family nanny. Both were from Lancaster and had been killed there by Dr Buck Ruxton, Isabelle’s husband.

After murdering them in a fit of rage, he cut up their corpses into 70 pieces and wrapped them up in individual parcels before dumping them in the south of Scotland. Those packages were spotted at Gardenholm Linn by a Susan Johnson, who was looking at the river while out on a walk.

Police were called and so began a murder investigation that would become a landmark case for forensic science. The women’s remains were taken to Moffat mortuary where Professor John Glaister Jr deduced that the killer had anatomical knowledge. Along with colleagues, he used groundbreaking anthropological methods to identify Isabelle’s skull, by superimposing an xray onto a photo of her. Replica models of the victims’ feet were made of gelatin and placed in their shoes to further help with identification. And, for the first time ever, insects found in the decomposing bodies helped date when the murders had happened.

It was not long before Buck Ruxton was caught and put on trial. It emerged that he had strangled Isabelle before stabbing and beating her lifeless body, due to suspicions of infidelity. Mary was also killed and they were both dismembered in the bath.

He sent a written confession to a newspaper and he was found guilty and executed in May 1936.

Now Tod Productions are bringing the macabre story back to life and to the small screen. Their programme is due out next year and will be based on a new book by Jeremy Craddock.

Elaine Collins, of Tod Productions, said: “I am excited to develop this complex and multi layered crime story for television, to give presence to the victims and to dramatise the characteristically brilliant scientists at work in 1930s Scotland.”

Meanwhile, Jeremy is thrilled his work is to be dramatised and said: “This is a story that has haunted me since I was a child, a landmark case that changed the way forensic pathologists help to solve murders. And yet, it is a case that largely forgotten today. Most previous accounts focus solely on the lurid aspects, ignoring the human drama behind it all. My book, and hopefully a TV drama, will tell the full story of the people behind the sensational headlines for the first time.”