AN art teacher from Dumfries is putting her talents to good use with a series of NHS themed illustrations.

Sheri Lennon has just completed her tenth piece for #portraitsfornhsheroes and has a waiting list of people wanting to be drawn.
Explaining how it came about, Sheri, who is acting principal teacher of arts and creativity at Dumfries Academy, said: “While in lockdown I saw a black and white photograph of two nurses holding each other up which was shared on Instagram and I found it so moving that it prompted me to draw it.
“I studied textile and fashion design and I’ve always been interested in fashion illustration so I naturally drew it as a fashion drawing. As the rainbow has been a prevalent motif during the pandemic I incorporated it into the background.
“When I shared it on my social media it received a great reaction which was a nice surprise.” 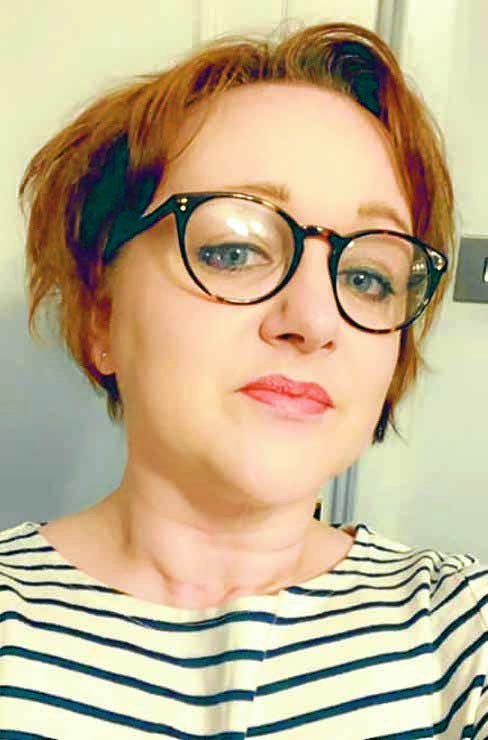 Then at the end of April she spotted an initiative started by the artist Tom Croft. He was inviting others to share their gratitude for frontline staff by offering to do a free portrait.
Sheri shared the idea on her painting page (@sheri_paintings) and received a message from a London doctor asking for a picture of her father, also a doctor. She posted the finished image on social media with the tag #portraitsfornhsheroes and said: “Since then lots of people have contacted me. I have drawn paramedics, firefighters, auxiliaries, and nurses.” 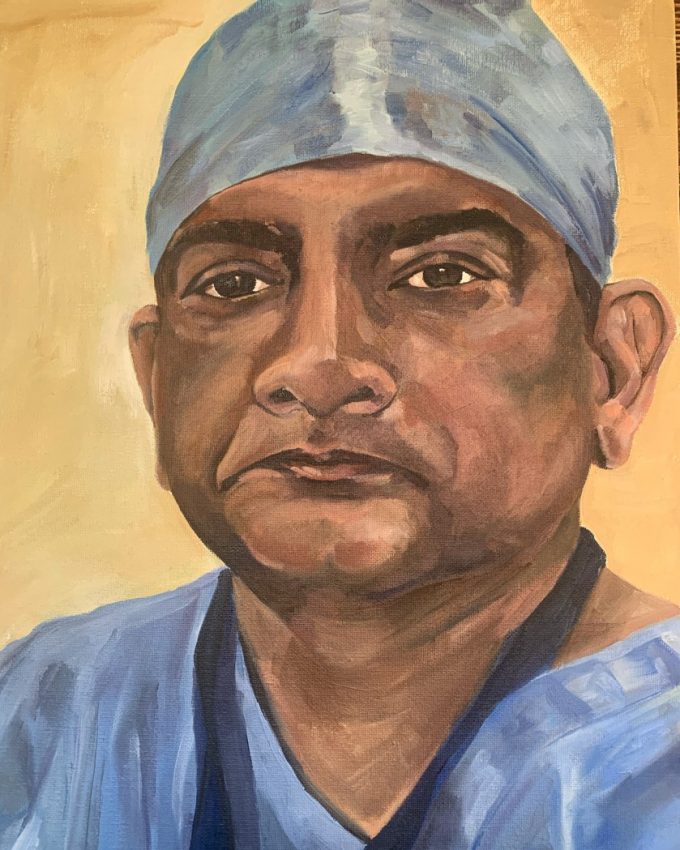 All the images are done for free and are Sheri’s way of demonstrating gratitude for all frontline workers.
She has been touched by many of the stories behind them and said: “I can’t imagine what it must be like to wear PPE and when drawing there are little details that really tug at my heart strings, such as they hold it on with masking tape to stop any infection spores getting into gaps; or that they write their name on their plastic aprons or visors with marker pen to let their colleagues and patients know who they are as the layers strip of them of their identity.
“I’ve been amazed that they want to be depicted wearing masks. It think it just makes their eyes even more beautiful!”
The mum-of-two mostly works on digital media using an app, but her time to draw is limited due to home working and home schooling her two children, Teri and Connor.
They have loved her creations and she said: “They know me as mummy who draws a lot and teaches others how to. They were really amazed to see it ‘for real’.”
Sheri has a waiting list of subjects and said: “I’ll happily keep doing them as long as I can to show my gratitude for the people who are putting themselves at risk to help others.
“My mum was a medical secretary in DGRI, my aunt was district nurse in Essex. I have police, patient transport and RAF personnel in my family so I know how much it means when they leave the house to help others.
“I am really enjoying hearing from these ‘everyday heroes’. They tell me that they want the picture as a positive memory from their time working in the fight against Covid.” 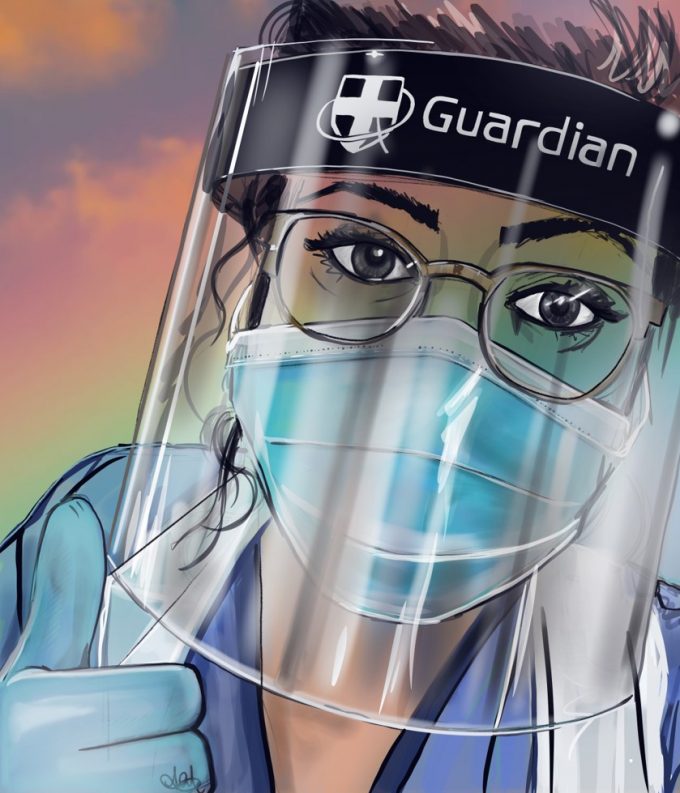 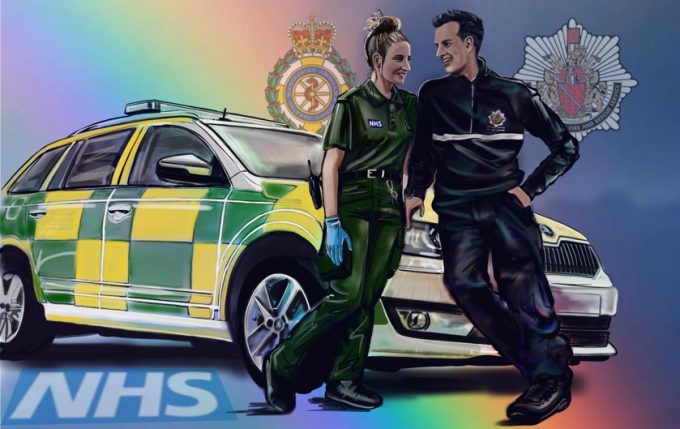 Four years to being carbon neutral

A LOCKERBIE physio is seeing a different side to the Covid-19 pandemic — aches and pains associated with home working.

FOUR more residents deaths have been reported at a care home in the region.