School return will come at a price

REOPENING schools in Dumfries and Galloway a week earlier than planned this summer could put the council under “huge financial strain”, according to worried senior councillors.

Last week the Scottish Government announced that, subject to scientific advice, all schools in Scotland will go back on August 11 – a week earlier than the planned date for Dumfries and Galloway schools. T

he region’s primary and secondary headteachers all met online on Friday with the council’s director of education to progress plans. And letters were sent out to parents warning although children will return, “things won’t be going back to the way they were before”. The letter says schooling will be balanced with outdoor and home learning and options include alternate days and weeks in school. Meanwhile, council chief executive Gavin Stevenson has accused Cosla, the body that represents Scotland’s 32 local councils, of making “an enormous strategic mistake” by allowing councils to set their own paths to reopening without telling them how much money will be available to fund it.

Speaking at a meeting last Friday, he said: “The First Minister has acknowledged in a statement that there will be costs, particularly in relation to transportation, catering and teachers.

“The reason I would say they have made a mistake is, yes we accept local responsibility for schools, but 32 different delivery models are not going to be fully funded. We put ourselves in a position where we carry all the accountability and responsibility but with no financial agreement at the front end. We are going to be gathering costs after we have incurred them, and the historical outcome for rural councils is not good.

“My view is, yes we wanted control of aspects of delivery, but the framework is so broad it puts us in a really difficult position. There is a significant risk that we could put in a model that we can’t then justify and maybe only get 80 pence in the pound back at the end of it.”

The Scottish Government’s guidance states that school reopening will be standardised to August 11 and says local authorities will be supported to make changes to allow this to happen. But at last Friday’s meeting the council’s Young People’s Champion Cllr Adam Wilson said: “It is going to have major complications, it is already going to be a difficult task trying to get staff and pupils back safely. “I think there is a need for us to consider what our position is, given that it could put a huge financial strain on what is a difficult time to come on the next couple of months and years. We have to make sure we are not at a huge financial loss just to make sure everyone goes back to school on the same day.”

And the council’s depute leader Rob Davidson, who is one of four Cosla representatives for Dumfries and Galloway, said he was of the view that the published guidance did not bear “much resemblance” to the paper that was initially discussed by Cosla leaders. He said: “I think that was something of a surprise to most people, it is my view that there is a disconnect between Cosla officers and their discussions with civil servants, or vice versa or both.”

Assurances were given to councillors that education officials locally are looking into all the potential issues surrounding the reopening of schools, with a seminar being organised to look specifically at education. Cosla children and young people spokesman Stephen McCabe said: “In planning for a return to face to face schooling, the safety of our children, young people and staff is paramount. “A key part of this agreement is that local authorities will have the flexibility to plan and deliver a return to education which suits local circumstances and takes the needs of all the children, young people and parents in their area into account. “This has been developed with key partners in education. To make sure we get it right for all of our children we will continue to work closely together.” 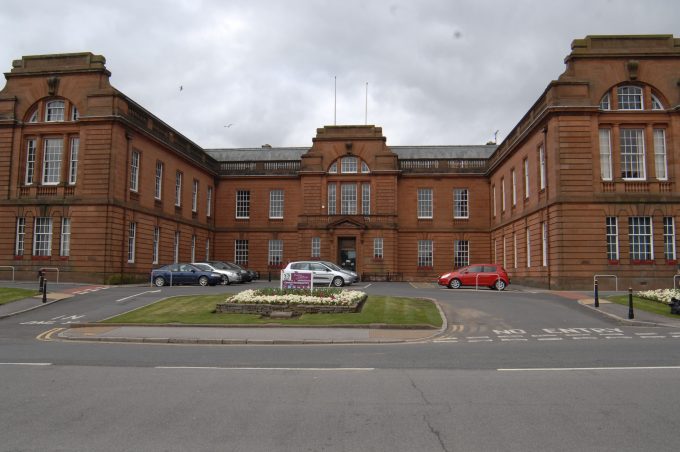 Stay away from city pubs

A longer wait for leisure

POLICE have named the man who died in a crash on the M74 near Eaglesfield on Monday morning as Gary Harrison.

A five-mile limit on non-essential travel in parts of Dumfries and Galloway has been lifted.

MOFFAT landlady Janie Seaton is crossing her fingers that her pub beer garden can reopen on Monday.

£2.7m boost for future of tourism