RAIL passengers from Lockerbie had more bad news this week after fares went up. 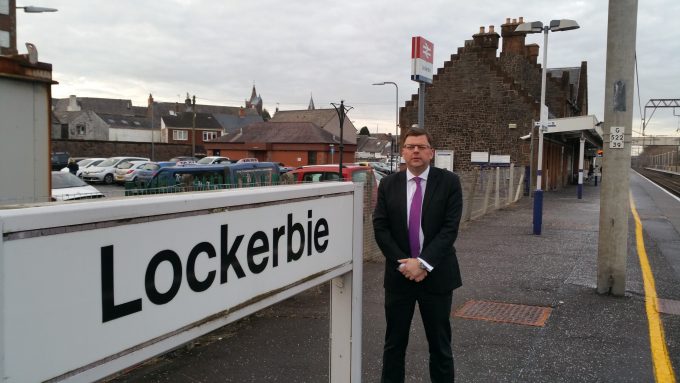 From yesterday, the cost of travelling from mid Annandale to Edinburgh by train increased by 37.5 per cent.

Local Labour politicians Colin Smyth MSP and councillor Adam Wilson have called on the UK Government to intervene and stop the scandalous rail fare increases. Mr Smyth said: “The performance of Transpennine Express simply goes from bad to abysmal. This latest price hike proposed by the private company is a scandal and means commuters now face a near 40 per cent price hike. “The UK Government regulate services between Lockerbie and Edinburgh and must urgently intervene and put a stop to passengers from Lockerbie Train Station being exploited for private profits. Local MP David Mundell should join my call in urging his Conservative Government to intervene and stop this scandalous price hike on local commuters.”

And Mr Wilson added: “For too long passengers at Lockerbie Train Station have had to put up with overcrowding, delays and cancellations. Many people chose to live here because the train station allows them to commute to Glasgow and Edinburgh for work. This price hike will see local commuters pay nearly 40 per cent more just to get to work and is a kick in the teeth for passengers who have already suffered months of delays and cancellations. The UK Government must stand up for local passengers rather than the profits of private rail operators.”

The pair pointed out that it also comes on top of the axing of some services between the two destinations, including the 10.32am service to Edinburgh which was cancelled for five months despite the train still passing through Lockerbie Station.

Furthermore, passengers with mobility scooters have been told they will need to apply for a pass to take their scooter on new trains on a journey by journey basis for the foreseeable future rather than be able to apply for the previous annual pass.