WORK is continuing to tackle illegal puppy trafficking through the region. 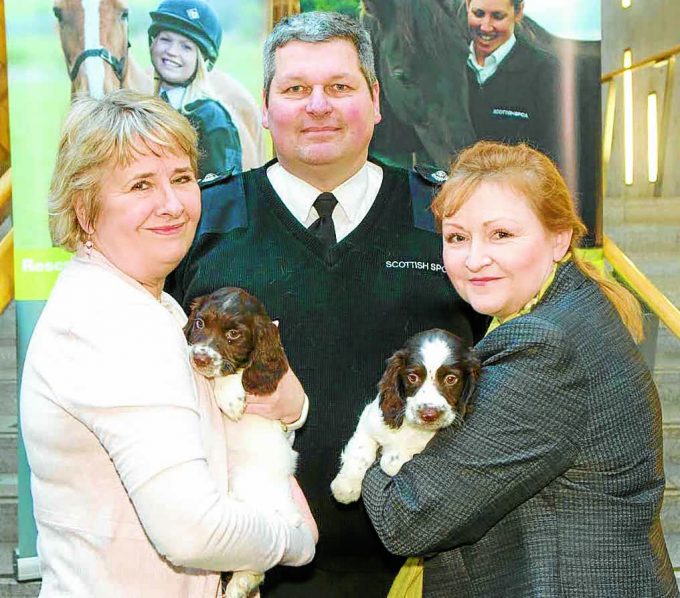 South Scotland MSP Emma Harper is continuing her campaign to cut trafficking through the port of Cairnryan.

She has been highlighting the revenue generated from seized puppies and calling for stronger fines for those who commit the horrific offence which very often leads to puppies becoming sick and even dying.

Currently, money generated through proceeds of crime and through seized cash, is transferred to HMRC. However, Ms Harper has expressed her frustration that this revenue is not declared by HMRC.

This year alone, SSPCA figures show that sixty puppies were seized at Cairnryan as part of operations to combat illegal puppy trafficking.

She said: “Puppy trafficking through the port of Cairnryan is on the increase according to the SSPCA figures, and it’s my understanding that there are large amounts of cash carried by the traffickers.

“When caught, this cash is seized and transferred to HMRC – there is currently no traceability of the money or the amount, and we do not know if a fair share of money seized is returned to the Scottish Government.

“I have raised this issue in the debating chamber with the Minister for Animal Welfare, who confirmed that HMRC revenues recovered from seizures of illegal puppy trading aren’t given to the Scottish Government – and she will be following this up with the new UK Government.”

The MSP added: “Again, I would encourage anyone who suspects puppy trafficking is taking place to report it, and not to purchase any puppy online and always see it with its mum.”