TENNIS is back in Gretna as newly refurbished courts have reopened.

Junior coaching sessions began two weeks ago at Gretna Tennis Club and it is hoped adult classes will follow soon, once government restrictions have been lifted.

It has been a quick turnaround for the club over the last year. A committee was formed last September and plans were soon underway to raise funds to restore the courts which hadn’t been used for several years and were in a state of disrepair. Funding was secured and now the club is going from strength-to-strength.

Chairwoman Sue Taylor said: “After many knockbacks, the club was rewarded funding from Gretna and Rigg Community Council, SHAP, Cumminghame Housing Association, Dumfriesshire East Community Benefit Group which is funded by ScottishPower Renewables Ewe Hill Wind Farm Community Benefit Fund, Cumbria Community Foundation and Beck Burn Wind Farm Community Fund. This funding has enabled the club to fully restore the courts which are now being used from tots to the over 60s with sessions from coach Mark Sindall.” 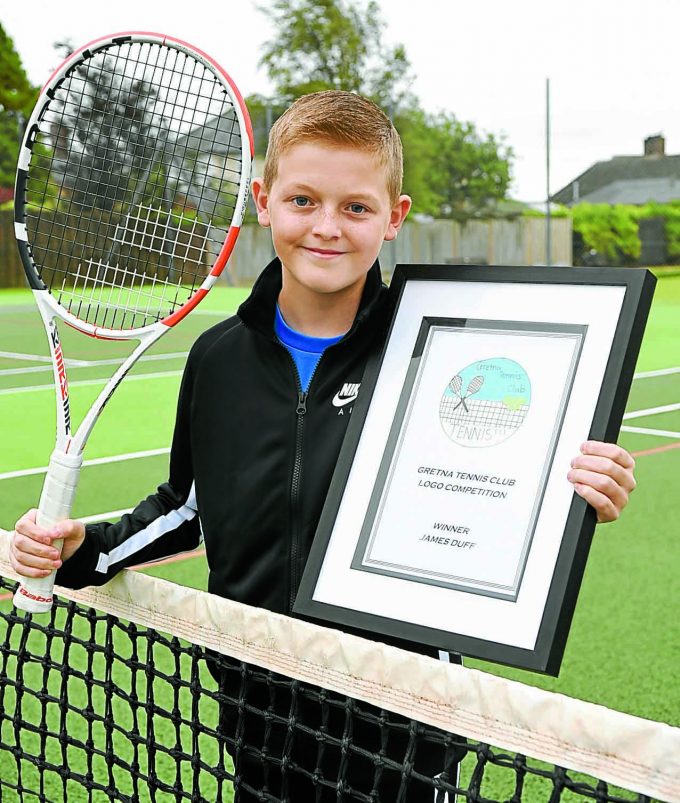 A competition to design a logo for the club was arranged with Gretna Primary School and the response was far more than what was expected. The club received numerous entries which made it a difficult decision to choose a winner. After a vote, the committee selected a design by P7 pupil James Duff, pictured above, would be the club’s new logo.

For more information about the club visit www.clubspark.Ita.org.uk

Haunted waters to be focus of folklore fest

A MULTI million-pound investment in virtual technology will enable online teaching to take place locally in the event of another lockdown.

AN international ice hockey tournament due to take place in Dumfries next year has been cancelled.