A DUMFRIES house that inspired the story of Peter Pan has been named as one of the world’s “coolest places” to visit. 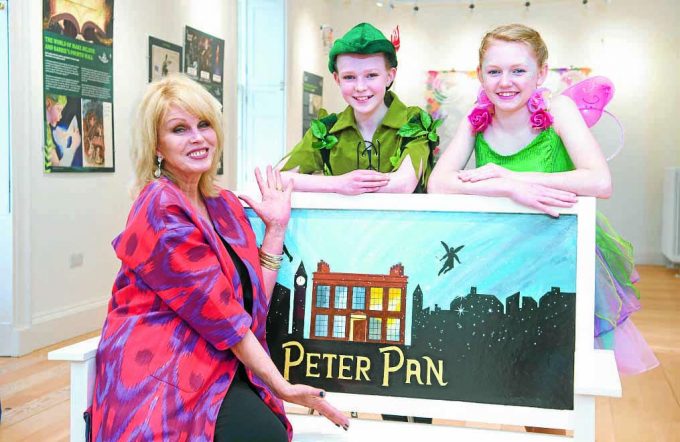 Moat Brae was revealed as one of the top 14 sites around the world worth seeing for children, according to TIME For Kids magazine.

The building opened earlier this June to celebrate the enchanted land that motivated writer J.M. Barrie when he played there as a child.

The centre was included in the first ever World’s 50 Coolest Places of 2019, which highlighted a mix of educational, innovative, and fun destinations that are tailored to the interests of youngsters.

The list revealed Moat Brae stands tall with world-famous landmarks across the globe including the Statue of Liberty Museum Liberty Island in New York and the Notre Dame Cathedral in Paris.

Dr Simon Davidson, centre director said: “We’re absolutely delighted and flattered to be part of Time’s Top 50 Coolest Places for Kids and to be in such esteemed company.

Writer Barrie credited the Dumfries site as an inspiration for Peter Pan and the famous play-turned-book has been used as the theme for the renovation of the site.

Time For Kids magazine hailed the centre for its remarkable features which fuels people to “explore their own imagination”.

A spokesman for the magazine said: “Kids can run through the building’s enchanted gardens, enjoy the Lost Boys’ tree house and board a full- scale pirate ship. Indoors, they can search for hidden messages scattered around the house or look for Peter Pan’s shadow.

“Moat Brae is a very special place. It gives anyone, no matter their age, the freedom to explore their own imagination.”

The mansion was saved from demolition a decade ago and, after a major fundraising campaign by Peter Pan Moat Brae Trust, is now back in use as a tourist attraction.

Moat Brae is recognised as a national centre for children’s literature and aims to promote encouragement, imagination and creativity in everyone who steps inside.

Another of the key objectives of the centre is to create an attraction that people from across the world would want to come and learn about the spectacular history of the building.

Dr Davidson added: “Receiving this kind of recognition in the rst few months since opening is a huge endorsement, particularly as the Time For Kids’ list has been chosen by young readers and Kid Reporters.”