A LITTLE bit of beer cheer from Annandale could soon bring some refreshment to stressed politicians worrying about Brexit and their guests. 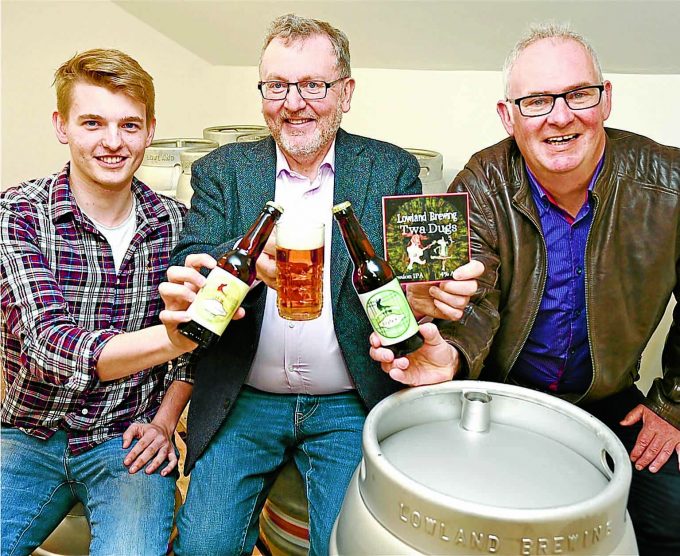 One of the popular brands from an expanding Lockerbie-based microbrewery will soon be on sale within the Houses of Parliament at Westminster.

Lowland Brewery’s ‘Twa Dugs’ has been selected as a forthcoming ‘guest beer’ at the famous Strangers’ Bar after being proposed by local MP and Scottish Secretary David Mundell.

The busy watering hole, used by parliamentarians, staff and guests from around the world, regular serves craft ales from across the United Kingdom.

Twa Dugs, described as a ‘quirky, strongly hopped pale ale’, together with sister brands Dryfe Ale and Dryfe Blonde, are proving popular on both sides of the border and have even attracted interest from overseas.

He said: “I was delighted when the Strangers’ Bar agreed to stock Twa Dugs as a guest beer. It is due to go on sale later in the year and I’m sure will be greatly appreciated.

“I’m sure Twa Dugs will prove a popular choice and raise awareness that we have a successful brewery here in Lockerbie.”