A CONTROVERSIAL Annan statue that has been headless for more than six months could be removed – if community councillors can work out who owns it. 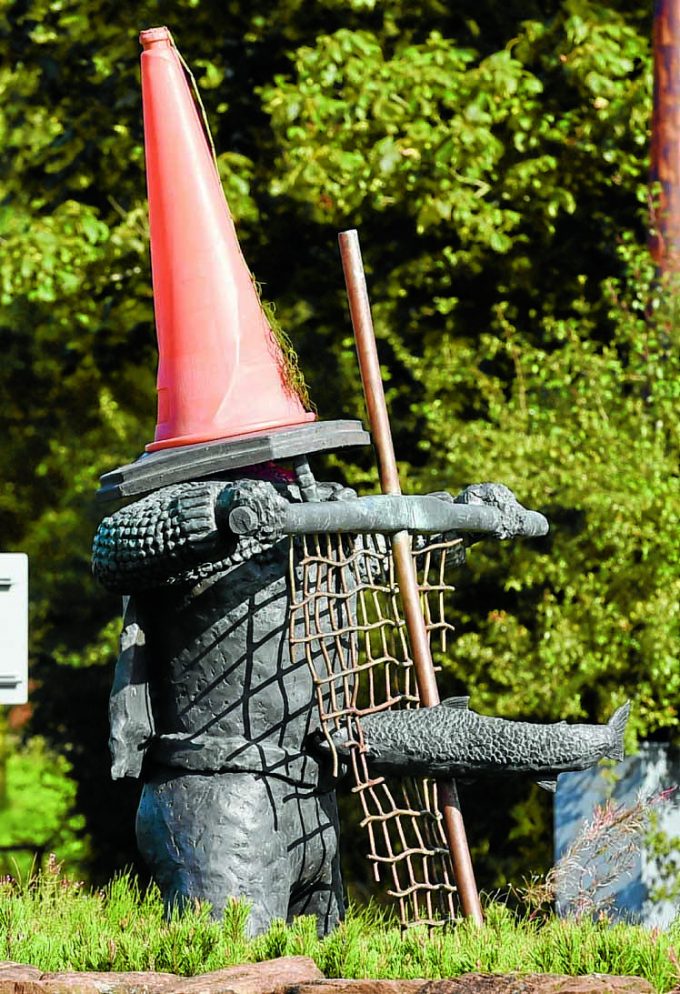 The haaf-netter which stands at the centre of the roundabout outside the Tesco store in Scotts Street had its head stolen in August last year. And now community councillors say they would like to see the statue taken down if they have the authority to make that decision.

During a discussion on the issue at a meeting on Monday night, community council chairman Allan Weild said he had been contacted by police during their investigation into the head theft. He said: “They said someone had to take ownership of the statue for them to be able to go ahead with their investigation. Tesco told them they had gifted the statue to the people of Annan, and the council said it didn’t belong to them.

“I said the community council would claim ownership on behalf of the town, as long as it didn’t cost us anything. We need to do something now to confirm who actually owns it, because if it is ours then I think we would like to see it taken down.”

The haaf-netter statue, which was created by Annan artist Paul Cowan, was commissioned by Tesco to mark the opening of their Scotts Street store in 2009. It proved controversial from the beginning with many Annan residents praising the concept of the statue but criticising aspects of its design, including the exaggerated features and crotch-level fish. The original head was stolen in August last year, and its creator Paul said he could not create another replacement unless a funder came forward.

Speaking at Monday’s meeting Mr Weild continued: “The head would apparently cost £5000 to £10,000 alone, it is too expensive for us to replace it if it is ours.”

And summing up the discussion community council secretary Marion Stewart added: “It seems we have agreed as a group to take it down if we have the authority to do so.” The community council will now make enquiries to establish who owns the statue.

Paul Cowan and Tesco were both contacted for comment.