THE SUN shone at the 54th annual Dumfries and Lockerbie Agricultural Show today.

Over 1400 animals from goats to horses to sheep and cattle were shown and judged at the yearly show, which opened its gates yesterday and got underway today.

After extensive judging show comers gathered at the main ring to witness the parade of vintage machinery and the presentation of the J M Rome Award before Olympic medallist and curling queen Anna Sloan presented trophies at the Grand Parade of Livestock. 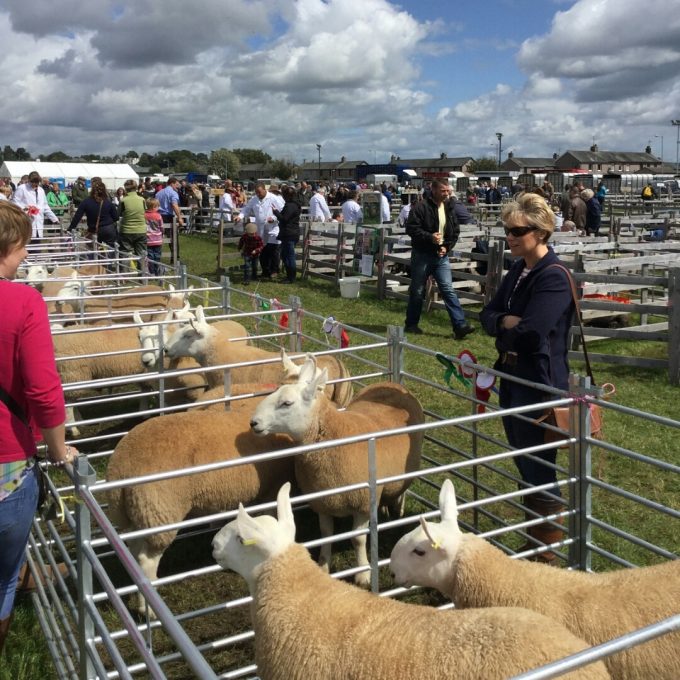 This year’s show marked the start of a brand new era as it was Secretary Susan Bicket’s first year in the hot seat, taking over from mum Esther.

Show comers were treated to blue skies on the whole and the event which boasted ‘the first full show field in years’ was hailed a success.

THE Governor of the Bank of England has visited education sites, businesses and charities in the South of Scotland.

A WORLD champion boxer tied the knot at Kinmount House near Annan at the weekend.

A MEMORIAL cricket match will be played today (Saturday) in Dalton to remember and celebrate the lives of Peter Barbour and Alasdair Houston.

Buyers dream of a sea view