Flying the flag for Stewartry

A FLAG flying in Parliament Square Gardens has caught the eye of Dumfries and Galloway MP Alister Jack. 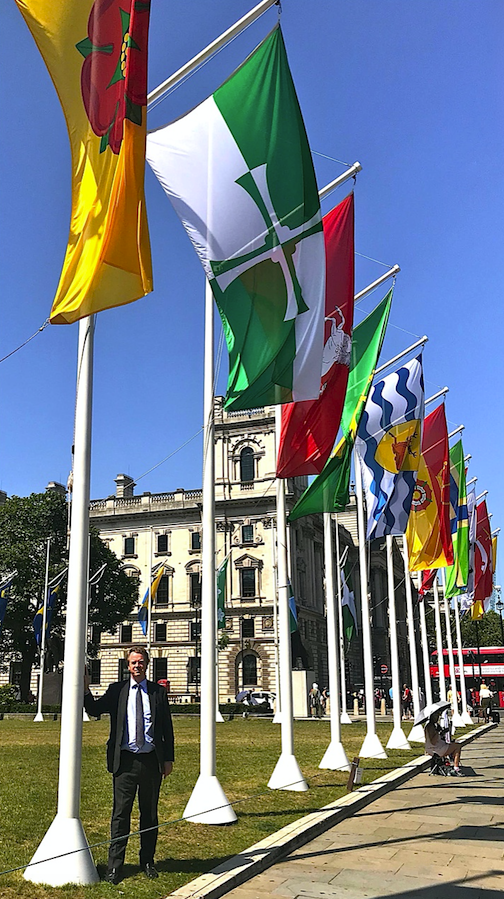 It was fluttering recently next to an impressive array of banners at Westminster to celebrate Historic County Flags Day.

The green and white flag with a cross at the centre is officially registered and represents the Stewartry of Kirkcudbright, which once boasted its own county and burgh councils, police force, sheriff court and still has its own Lord Lieutenant.

Newly appointed Scottish Secretary Alister, who was brought up in the Dalbeattie area and lives near Dumfries, commented that it was pleasing to see the such a reminder of his home area in the busy heart of London.

He said: “There were 50 county flags flying from different parts of the United Kingdom and it was good to see our region represented by The Stewartry.

“The history and heritage of local areas should be cherished and celebrated in ways like this as it helps preserve the unique identity of communities in Scotland and right across the UK.”