A FRUSTRATED family have described how their lives have been frozen since 2015 due to visa issues. 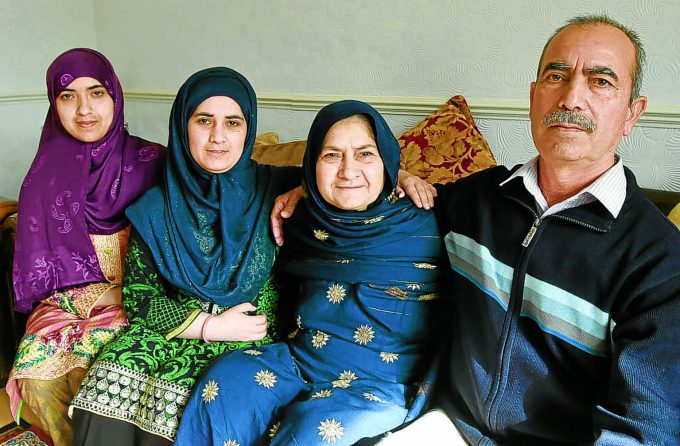 Saira Saleem, her parents Muhammad and Razia and sister Fatima say their lives are on hold as a result of the immigration row.

Dad Muhammad first moved to Great Britain in 2005 on a work permit, with his family joining him a year later and settling initially in Lockerbie, but now living in Dumfries.

But a decade later the life they had built for themselves started to slip away after their former solicitor applied for their visas late – unbeknown to the family.

Saira said: “Our lives have been put on hold since 2015. We are unable to work, unable to study – we’re at a dead end, unable to move on with our lives.”

Desperate to further her horizons, Saira applied to study social sciences at Dumfries and Galloway College and was given an unconditional offer.

However, she needs proof of an appropriate visa before she can take up her place there later this year.

The 25-year-old said: “I dread the idea of another year at home. It’s depressing.”

Meanwhile, in September an online petition, through change.org, was started by DNG Media chief reporter Amanda Kennedy, who went to Lockerbie Academy with Saira.

Amanda said: “Saira was an incredibly bright, kind girl. She came to school in S1 speaking no English and left fluent and with a host of good exam passes under her belt.

“It’s unbelievably unjust that she’s forced to stay at home, unable to work or study as years go by.

“She had dreams of being a doctor or a psychologist and she deserves that chance as much as anyone.”

Amanda added: “I started a petition in the family’s honour and it quickly gained 96,000 signatures before stalling. We would all love to see it reach 100,000 and be raised in Parliament by the family’s MP Mr Jack, who is also supporting the Saleems.

“The family tell me they feel depressed, dad Muhammad has lost a lot of confidence and they all worry constantly about the prospect of being sent back to Pakistan.

“The Saleem family deserve better and I hope people will continue to sign the petition and Saira can take up her place at college come August.”

So far various applications to remain have been turned down, but the family is currently working with Glasgow based solicitor Usman Aslam, who is appealing to the Home Office for Leave to Remain visas for the family.

Mr Aslam is also petitioning the college to allow Saira to attend.

Meanwhile, responding to Saira’s fears she would be unable to attend college come August, a spokeswoman said: “Unfortunately, we are unable to discuss individual applications with anyone other than the individual.”