A PLASTIC roads firm based in Annandale picked up a prestigious European business award this week. 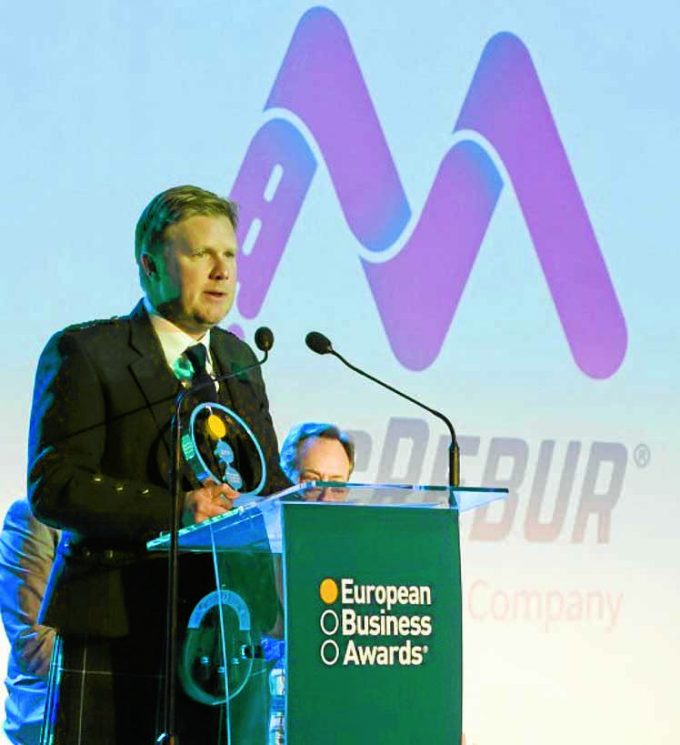 MacRebur was named winner of the Social Responsibility and Environmental Awareness Award in the grand final of the 2019 European Business Awards in Poland on Wednesday night. The company, which is located in Lockerbie, beat 150,000 other business entrants from 33 countries to claim the prize after a rigorous five month judging period.

Congratulating the firm. Adrian Tripp, CEO of the European Business Awards, said: “MacRebur has reached the gold standard for business excellence by winning this award. They are a powerful example of a business meeting the challenges of a hugely competitive global marketplace, achieving phenomenal success, and making a positive difference to the world we live in. They deserve their success and we wish them well.”

MacRebur co founder Toby McCartney, pictured above, accepted the gong and said: “I think what this award really means for a UK business is that politics doesn’t define what we do in business. There’s no difference between whether we’re a UK business or a European business, and whatever happens in the future, we are here to disrupt for good.”

MacRebur was set up in 2016 by Toby and friends Gordon Reid and Nick Burnett who have developed a patent pending bitumen replacement product using waste plastics that would otherwise go to landfill. Their ‘plastic roads’ can be found in England, Ireland, Slovakia, Canada, the USA, New Zealand, Australia, Bahrain, Saudi Arabia, Kuwait, South Africa, Turkey and Chile and they are in the process of setting up their first international factory in San Diego, California, which will become operational next year.