BRAVE runners took part in the annual Criffel Hill Race at New Abbey on Sunday and ran to the summit and back of the 1700ft hill in sub-zero conditions.

The winner was Matthew Sullivan from Shettleston who was more than three minutes in front of his nearest competitor Andrew Cox from Innerleithen who finished in 58.54. First local was Mark Whitelaw ADAC who was fourth in 63.12. Dumfries RC runner Adam Dickie in sixth place in 64.07. Graham McLellan of the ADAC club was ninth placed win a time of 65m while John McRobert of the Hardrock Hoodlums and Andrew Webster finished in 10th and 12 places respectively. The first woman home was Catherine Evans from Keswick AC who was 18th overall in a time of 71.32. Kevin Plummer of ADAC finished in a time of 70.04 to take 16th spot. 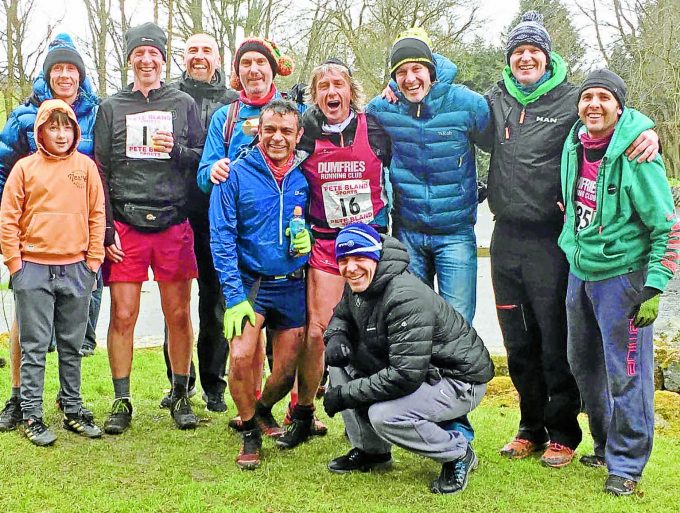 COLD CONDITIONS . . . some of the local runners who braved the cold and competed in the race