A MAN died after an accident on the northbound carriageway of the M74 at Lockerbie on Wednesday night.

M-WAY CLOSURE . . . police launched an accident investigation on a stretch of the northbound M74 at Lockerbie

Paul Brown, 52, from Jackson Court, Motherwell, a passenger in a Vauxhall van involved in a collision with a Mercedes Actros lorry, was pronounced dead at the scene.

The van driver, aged 33, was taken to the Western General Hospital in Edinburgh where his condition was later described as ‘serious.’

The lorry driver was uninjured.

Traffic diversions were set up between junction 17 and junction 18, the north and south slip roads to the town.

A lengthy tailback built up in the northbound lane to the south of Lockerbie, which was closed for around six hours to allow vehicle recovery and accident investigation.

The Scottish Fire and Rescue Service stated crews from Lockerbie and Annan attended and assisted at the scene on the hard shoulder of the carriageway.

Sergeant Peter Forsyth of the traffic department at Lockerbie urged any witnesses to the accident to contact police on 101.

The man who died, understood to be from central Scotland, was expected to named once relatives had been informed.

A report is being prepared for the Procurator Fiscal at Dumfries. 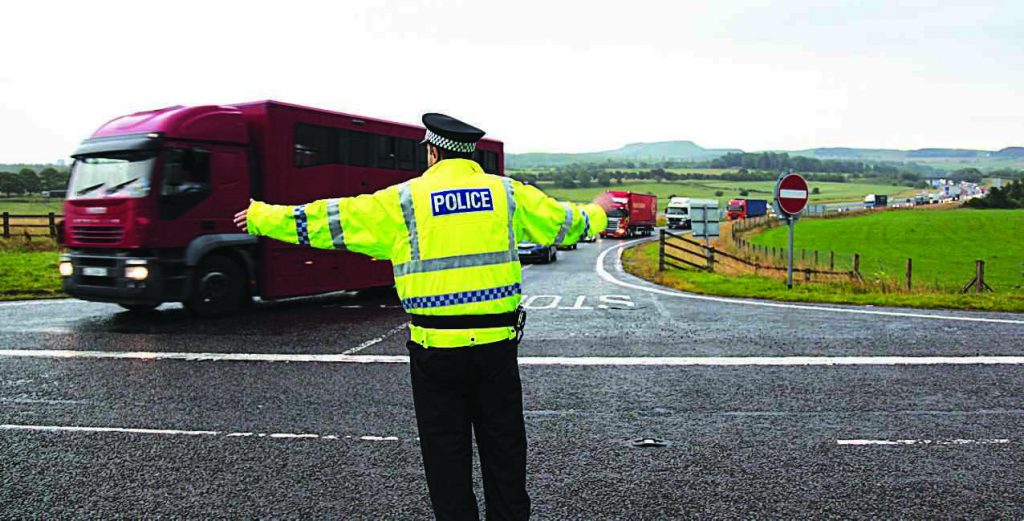 TAILBACKS . . . north-bound traffic was diverted off the M74 at the Lockerbie southern slip road