ONE of Annandale and Eskdale’s cottage hospital currently has no patients at all, an NHS spokesman confirmed this week. 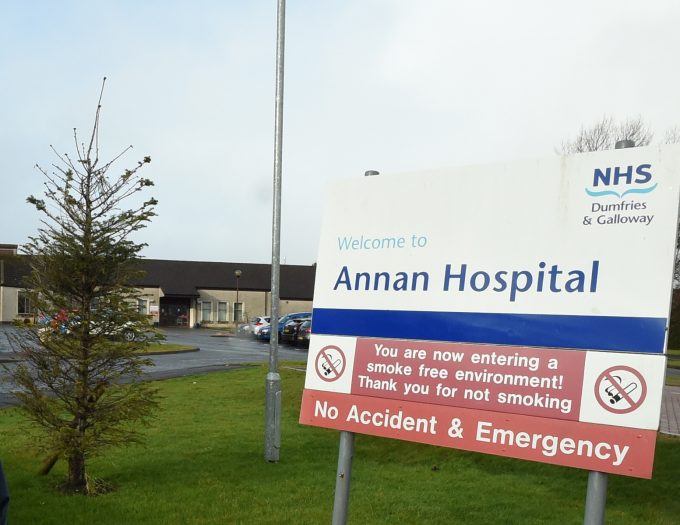 The reduction of some medical services and a lower number of acute patients being admitted to Dumfries and Galloway Royal Infirmary (DGRI) during lockdown has meant there are fewer people who need some form of community care before they are able to go home.

And this means there are currently no patients at all in Annan Hospital, where capacity has been reduced from 18 beds to eight.

Elsewhere, Moffat Cottage Hospital, which also had eight beds, has been temporarily closed during the Covid-19 pandemic. Lochmaben Hospital continues to operate as a dedicated rehabilitation facility, while Thomas Hope Hospital in Langholm is open as normal.

A spokesman for Dumfries and Galloway Health and Social Care Partnership said they had learned lessons from other countries in Europe, particularly Italy, and had made a commitment to ensuring there was sufficient bed capacity in the region to cope with a surge in the number of Covid-19 patients. He said: “The suspension of some services in line with national directions, and a decrease in hospital admissions amid the outbreak, has aided that situation – with a significant increase in the number of vacant beds. This reduction in acute activity has had a knock-on effect on the cottage hospitals which, in normal times, receive a steady flow of patients from DGRI who require further support before they are fit to go home.

“Although it is unusual to have cottage hospitals without patients, successive Day of Care surveys have shown that 50 per cent of patients in a cottage hospital at any time would be more appropriately supported in another location – primarily their own homes or in care homes.”

He said that containment measures and the public’s adoption of national messaging to stay at home meant Dumfries and Galloway had not seen the overwhelming number of Covid-19 cases that had initially been predicted. He continued: “However, as we learn more about the virus it is clear that many patients seriously affected by the coronavirus will require support back in their home communities.