A PETITION has been launched to try and ensure the Galloway Viking Hoard stays in Dumfries and Galloway.

And by yesterday morning, over 600 people had signed the bid.
It has been started by the Galloway Viking Hoard Campaign (GVH) and calls on Culture Secretary Fiona Hyslop to help keep the treasure local to where it was found.
They are concerned that National Museums Scotland has bid for sole ownership and are understood to have offered no guarantees about when, or how much of the collection would ever be seen in Dumfries and Galloway.
Chair of GVH Cathy Agnew, pictured below, said: “We have been overwhelmed by the strength of feeling there is to make sure the hoard has its home in Dumfries and Galloway. As well as people signing the petition we have had many emails and letters of support.
“It’s a David and Goliath battle so we need all the backing we can get.”
She added: “It’s already clear that a lot of people think it would be very inappropriate if such a wonderful find should go to Edinburgh rather than the region where it was buried for safekeeping 1000 years ago.”
The crunch date is March 23, when the Scottish Archaeological Finds Allocation Panel (SAFAP) is due to meet and decide on the future of the hoard, which was discovered in 2014 and includes more than 100 gold and silver objects such as a unique gold bird-shaped pin, an enamelled Christian cross, decorated Anglo-Saxon brooches, armbands and an engraved Carolingian silver vessel.
To support the campaign go to http://bit.ly/2lXFfrH 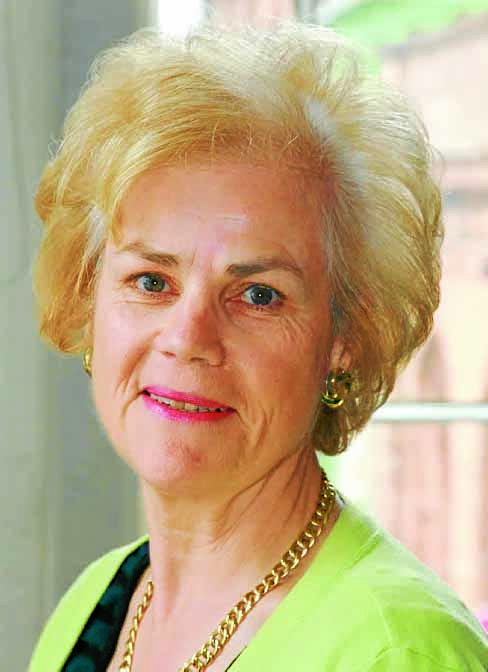 Reconnecting the South of Scotland with the world

Singing up a storm

A MAN was robbed at knifepoint at a cash machine in Gretna on Monday afternoon.

Call for pylons to go underground

A PROJECT which will see overhead power pylons stretch 20 miles from Kendoon to Kirkcudbright should be completed underground, the region’s MP has said.

TWO key workers are in the running for the Engineer of the Year title in the annual industry awards.

Rise in violence in Stewartry