A BID to secure justice for a Dumfries woman who died in Crete has been flagged up to Prime Minister Theresa May. 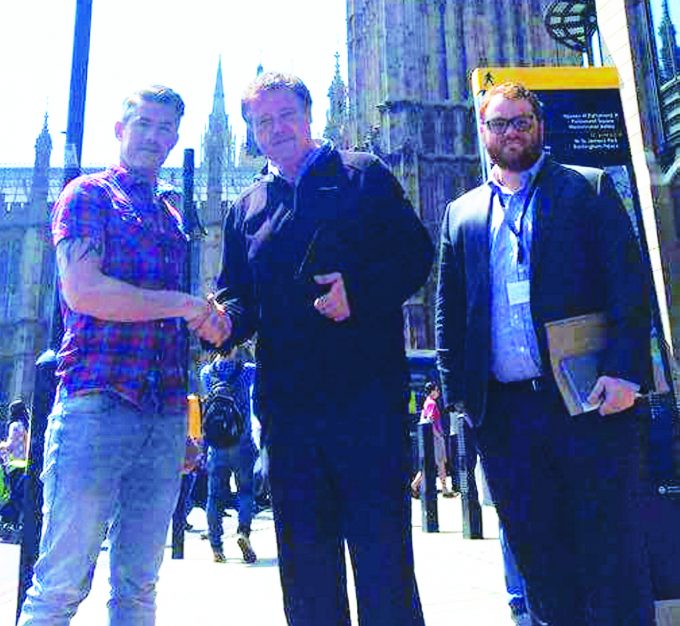 And a meeting has now been arranged with the Greek Ambassador to the UK, as the family of Jean Hanlon continue to push for answers.
Dumfries and Galloway MP Richard Arkless secured what he describes as having been a ‘very constructive’ meeting between Jean’s son Michael Porter and the Vice Consul in Crete.
Speaking after the meeting in London, Mr Arkless said: “The meeting with the Foreign and Commonwealth Office (FCO) has reassured Michael that he now has a strong team behind him to make sure things progress well on the ground in Greece.”
Michael said: “It is hard not to get too excited, as we have been in similar situations before.
“However, if everyone sticks to what they promised and we are successful then we have a really good chance of actually getting a positive outcome after so many years of disappointment.”
Mr Arkless says the Vice Consul was persuaded to arrange a meeting between Michael and the new prosecutor looking after the case in Crete.
Jean Hanlon disappeared on March 9 2009, with her body found several days later in the sea off Heraklion.
At the time, a coroner ruled she had died as a result of an accident.
However, evidence later gathered by Michael and his older brothers David and Robert suggested otherwise.
A second post-mortem then revealed Jean had died before entering the water, having suffered a broken neck and other substantial injuries.
Following the meeting at the FCO, Mr Arkless wrote to Prime Minister Theresa May requesting a meeting to discuss the family’s case and that the Foreign Office launch a review of support given to families in similar situations.
Mr Arkless said: “One of the main problems Michael and his brothers faced from day one was the language barrier.
“The FCO provide a list of nominated translators and lawyers but this is only helpful to those with the immediate financial means to pay for professional support.”
Mr Arkless has also arranged a meeting with the Greek Ambassador to the UK to discuss the Porters’ case.